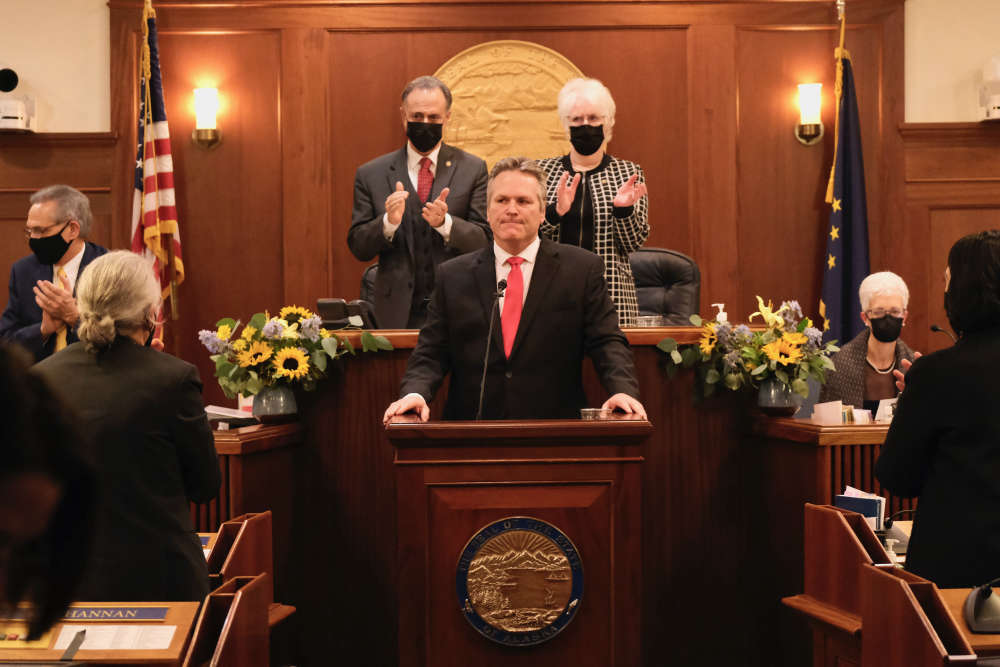 “As a response to President Vladimir Putin’s war on Ukraine, we all need to do our part to support countries and people who believe in freedom,” said Governor Dunleavy. “This attack is unprecedented and needs to be addressed."

In Alaska doing its part, the Governor directed state agencies to identify Russian products or contracts for services with Russian companies for the purpose of divesting from the relationships. He called upon State-owned corporations to do the same. Another directive has state agencies identify and divest, if and when appropriate, from Russian assets. "I call upon our State-owned corporations, the Permanent Fund Board of Trustees to do the same," he said.

Among Dunleavy's requests, he called on President Biden and the federal administration to create an expedited process to permit energy projects for oil, gas, nuclear, and renewables. He is seeking Biden to declare a national energy emergency for all forms of energy.

The Governor called on Alaskans to not buy Russian products or services. Dunleavy said he is also working with agencies to identify Alaska as a place of refuge for Ukrainians who pass the appropriate background checks.

"These decisions are not meant to hurt our Alaskan friends of Russian background or to put blame for President Putin’s actions on the people he is violently silencing," Dunleavy said. "I will work with the Legislature on any additional measures to put pressure on the Putin regime to end this war against Ukraine."