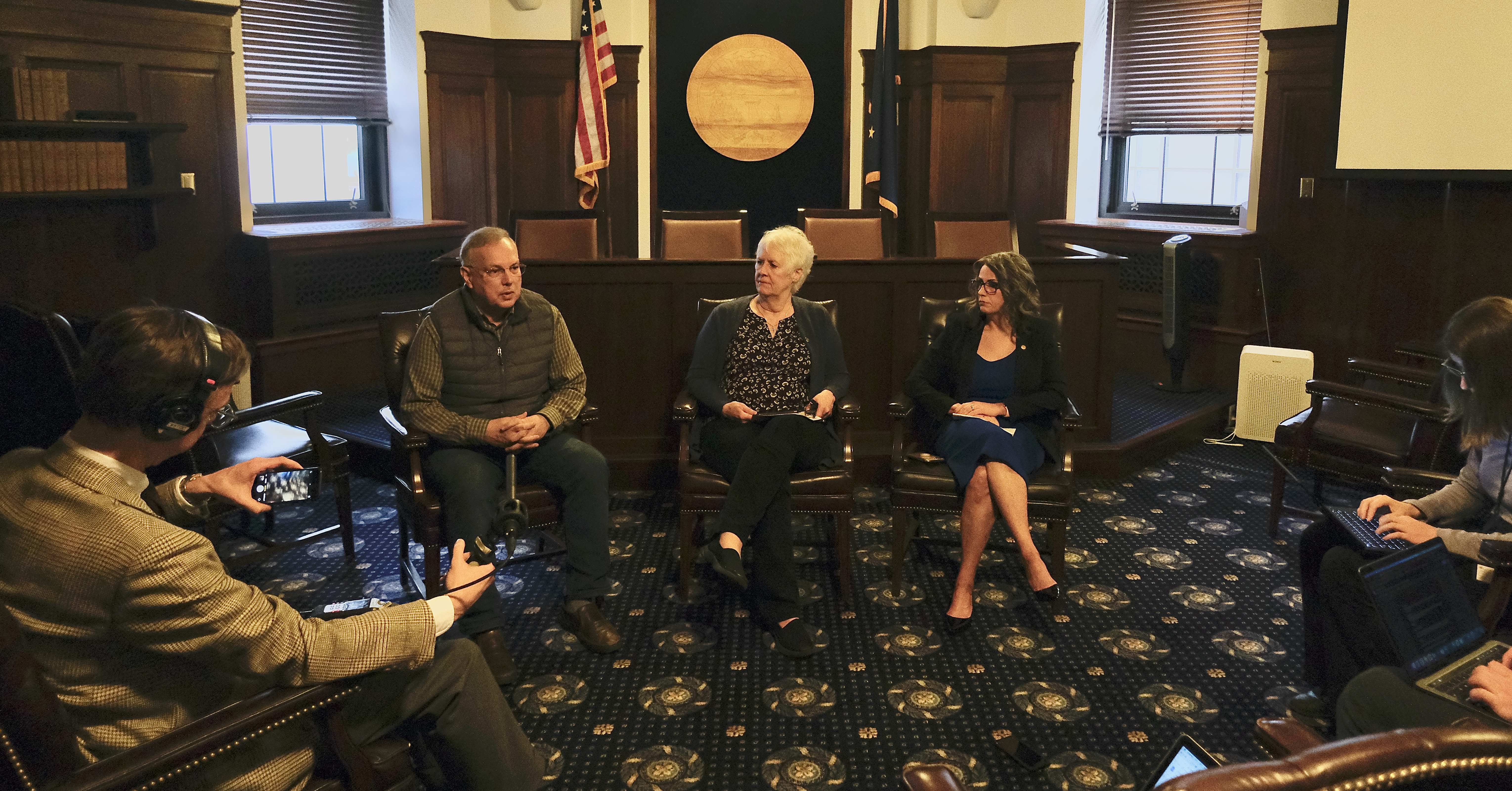 A main concern he raised is the failed effective date vote, which he said raises constitutional issues. Layoff warnings were sent Thursday to state workers.

“If you look at the language of the constitution, it talks about laws are effective 90 days after enacting, unless a two-thirds vote," Mills said.

During a Tuesday House floor session, the two-thirds vote was not reached for the budget's effective date, and Mills said there is no exception.

“Then the question is, is there any exception to that," she said. "That would make it so that somehow if you don't have a special effective date that you can ignore the requirement, and the language of the constitution doesn't give an exception.”

Mills added: "There's no way to say that spending money on July 1 isn't violating the effective date clause of the constitution.”

However, sate House leadership is fighting the governor's constitutional concerns.

“We have been pretty busy trying to come up with a resolution," House Speaker Louise Stutes said in a news conference Friday from the speaker's chambers. "I guess the governor figured he came up with a resolution, which was the choice he's making, and his choice to send out pink slips is a very sad day for Alaskans. To put them on shaky ground needlessly is very distressing."

“There is plenty of precedent that shows that the effective date should, in fact, not shut down government," she said.

Stutes said this conflict is tied to the dividend.

“I would venture to say that this is his way of a larger PFD," she said.

Earlier Friday, Juneau Sen. Jesse Kiehl was asked where the Legislature could go from here.

“We could either ourselves or with the governor's help call another very short special session to get that effective date passed. I suppose the governor could decide that he was right in February, and not make us worry about this but I think since he's given a press conference now, he probably was unlikely to do that.”

“He has full authority to accept the budget as it was delivered to him,” Ortiz said. “That is based on the legal opinion I am aware of and the past precedent, not only in Alaska but in other states. It was his decision, and we will see where it goes from there.”

Ortiz said he hopes an agreement is reached before the new fiscal year starts on July 1.

“But hope and actually getting there are sometimes two different things,” he said.

Rep. Andi Story, a Juneau Democrat, is hopeful a few things will be resolved in the next pending special session.

“I'm not sure exactly what the governor is going to put on the call," she said. "We will hear at the end of the day today, but I am hopeful that we will be able to get the effective date, the budget going and of course we have to deal with the reverse sweep.”

After the House gaveled in late Friday afternoon and gaveled out roughly 30 second later, the governor issued a notice of a special session beginning Wednesday. 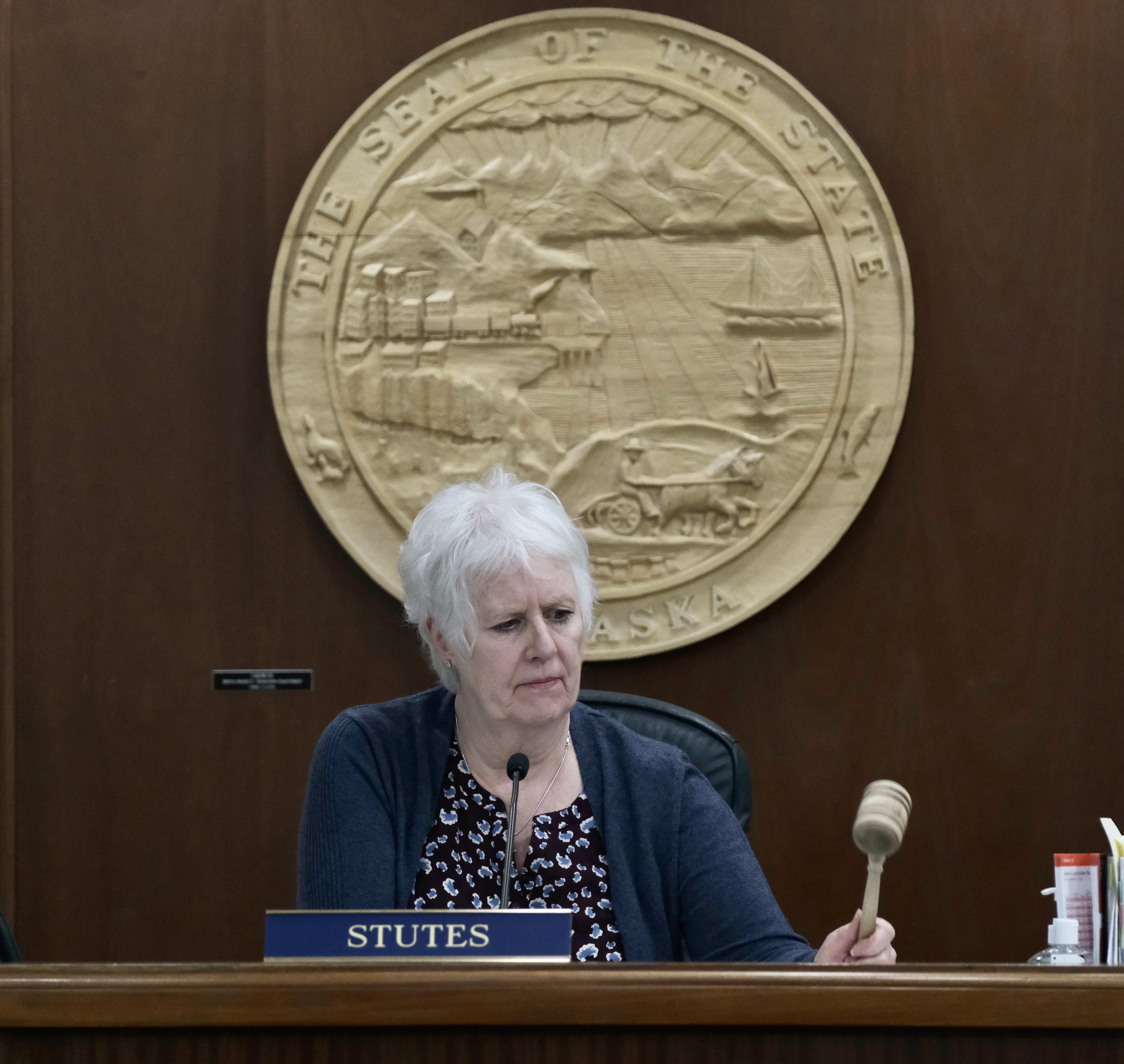 ABOVE - Rep. Louise Stutes, Speaker of the House and Kodiak Republican, gavels out of the 32nd Alaska Legislature first special session on Friday at the state Capitol. BELOW - Alaska Department of Law Deputy Attorney General Cori Mills discusses constitutional concerns she says are raised with the budget's failed effective date. (Klas Stolpe / KINY) 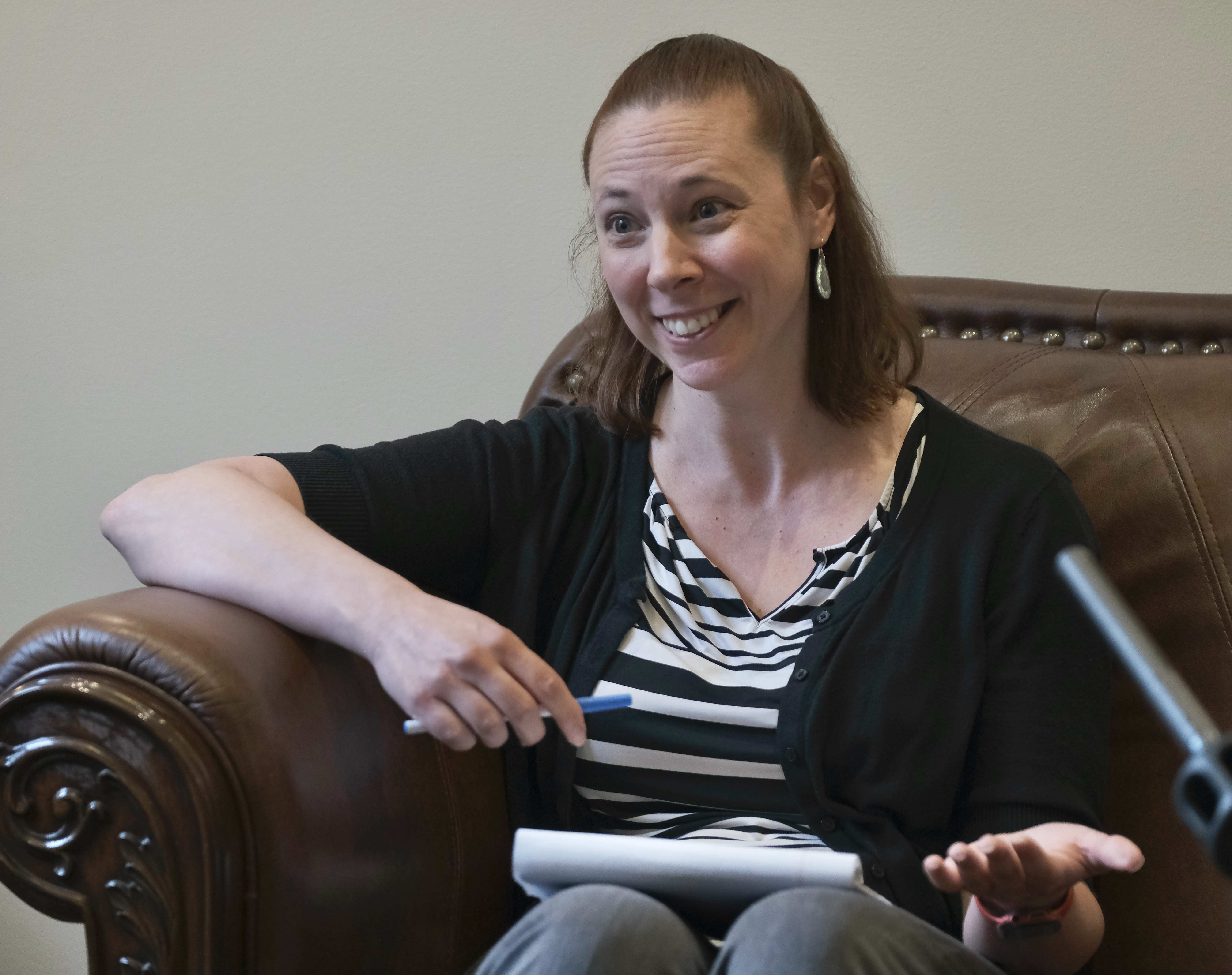