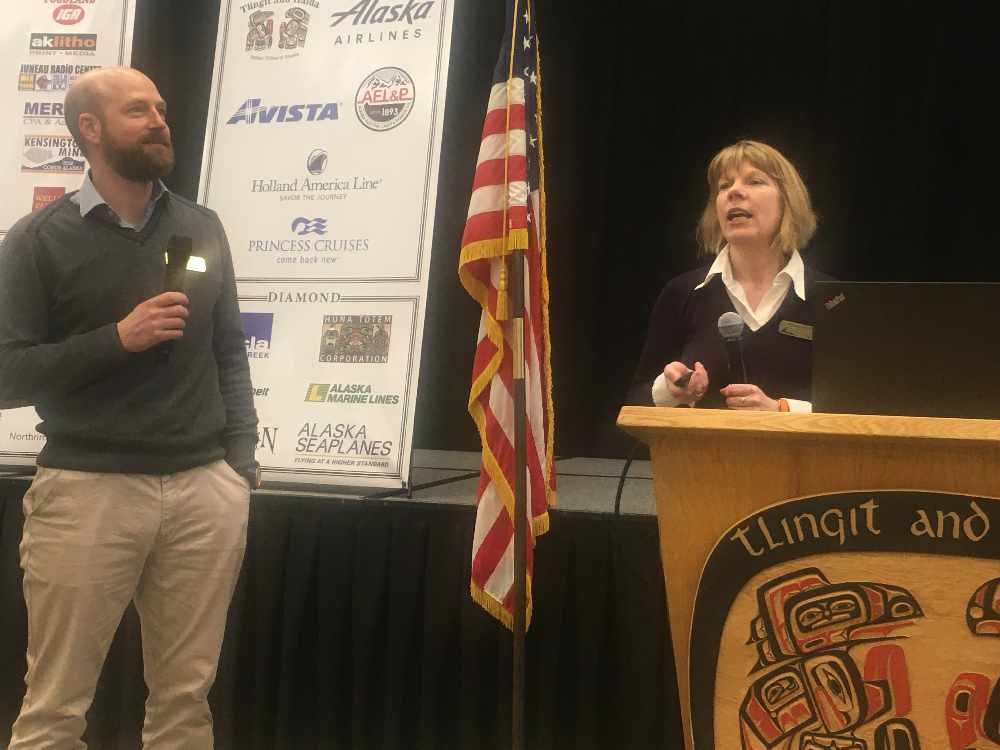 A steering committee has been working on the downtown plan meeting every three weeks.  Stakeholders include residents, property owners, business owners, education, youth, and other groups.  They want to come up with something the community wants.

The chair is Christine Woll.

The area impacted is from the Rock Dump to Norway Point.  There are industrial uses, businesses, residential neighborhoods, small boat harbors, cruise ship docks and other uses in the downtown area.  The neighborhoods include Chicken Ridge and Starr Hill, the Flats, Highlands, Waterfront, Willoughby and the downtown district.

McKibben said they are trying to come up with recommendations for each neighborhood.

"You can't just talk about the downtown core without talking about the neighborhoods.  We want to capture that relationship," Felstead said.

It is a long-range plan for 20 years.  The group has reviewed previous plans, have undergone a public visioning process, and will identify capital projects, zoning, and land use map changes.

It's expected the planning process will take up to 24 months.  A draft will be out for public review at the end of summer, beginning of fall with completion this year.

A public event and a public comment period will begin once the plan is released.

The visioning process included over 900 people contacts.  There were nine focus areas and three walking tours.

"We tried to capture as many different people and users of downtown as possible in this visioning process," McKibben added.

The vision statement is to maintain and strengthen downtown Juneau as a vibrant, safe and accessible place to live, work, play and explore.

An annual report regarding the plan implementation will be provided each year to the Planning Commission and Assembly.

Parking needs and requirements have been one of the more talked about issues downtown by the committee.

"Parking is almost a constraining factor to development downtown," Felstead said, "A lot of people wanted additional parking spaces, others say there are different options, and maybe more parking isn't the right solution.  There is a balance to strike there for sure."