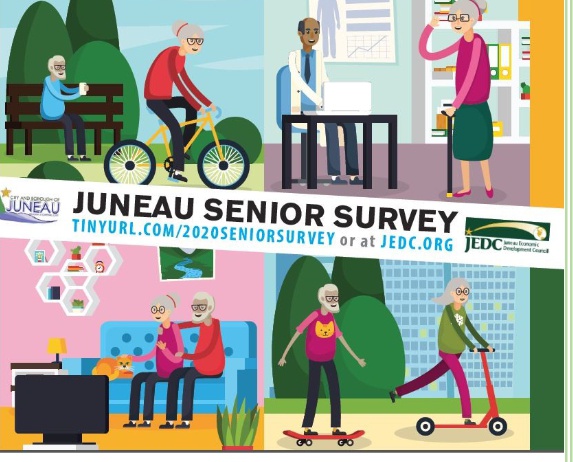 The Juneau Economic Development Council provides support to the commission and spearheaded the survey and digested its findings.

Executive Director Brian Holst said Juneau's senior population has grown over the years.   In 2009 14 percent of Juneau's population was over 60.  It's now reached 21 percent and he expects that in five more years it will reach 24 or 25 percent.  "So the role of seniors in our community is becoming ever more important economically as the years pass," Holst said.

The goal of the Commission on Aging is to retain Juneau's senior population.  Doctor Emily Kane, who chairs the commission, says its mission is to help Juneau seniors age in place comfortably and safely.

Other themes that emerged from the survey were the need for specialty medical care, support services and the impact of Juneau's cost of living on seniors, and what can be done to mitigate the impact.

The survey revealed a shift in the senior population within the community.  Dr. Kane said there's definitely been a big to the Valley combined
with a sharp decline downtown over the past ten years.