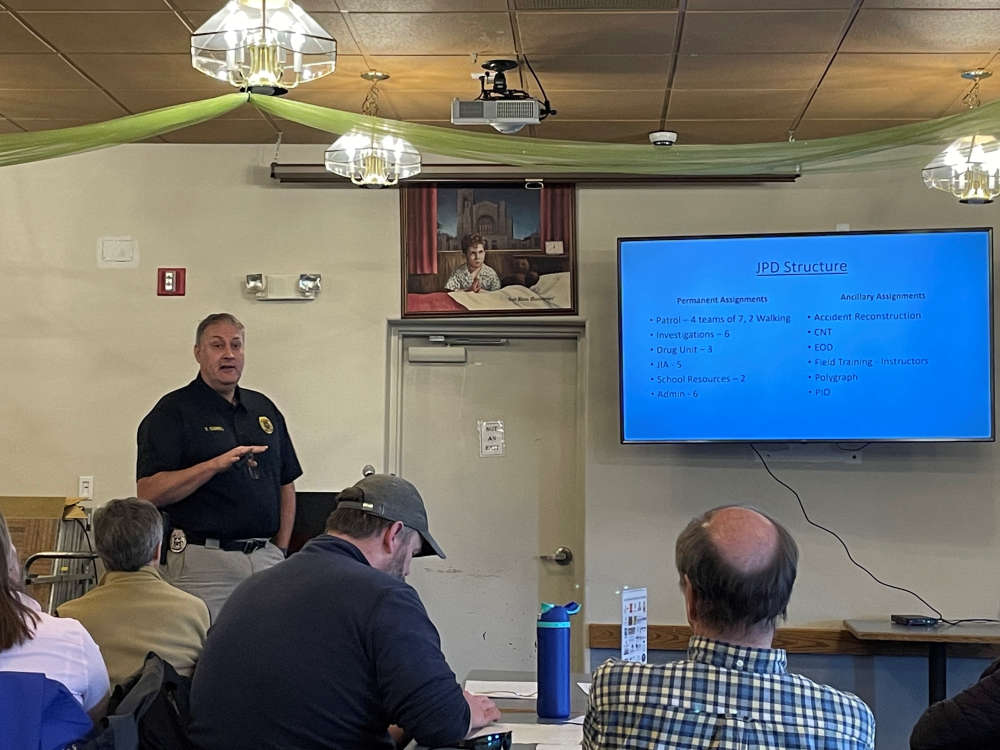 Juneau, Alaska (KINY) - The Deputy Chief of Juneau Police fielded questions from the Juneau Chamber at their weekly Luncheon Thursday.

Deputy Chief David Campbell oversees the operations of the department.

"Our system is very old. It's analog, Almost nobody uses analog radios anymore, we need to go digital, so we need to replace all these things, Our current system went end of life in 2014," he said, "So we've been limping along ever since to keep it going. We don't know when it's going to fail, we really need to get it replaced before it fails."

He said the situation has gotten so dire that their technical staff go to eBay for spare parts when a piece of equipment fails.

He said that about 3 years ago an independent consultant evaluated their system.

The department chose to go forward with one of their recommendations.

"The one that they recommended and the one that we're recommending is the ALMR system. It was the cheapest of the bunch. Even with it being cheap, it's $12 million, so it is expensive," he said. "We have a phased approach coming in on how we're going to phase it over the next three years."

The assembly last week approved $500,000 for the first stages of design and planning for the radio improvement project.

Campbell stressed that they are not the only users of the system.

"It's not just police radio, it's police. It's fire. It's the harbors, it's the airport. I don't think we need to look at as a police radio system. It's really radio infrastructure for the entire city, and it's a huge deal."

Meanwhile, Campbell said the order has been made for the department's new armored rescue vehicle, and he said it will be painted fire-truck red.

"It is a necessary piece of equipment that in worst-case scenarios, if we need to safely transport people, we will have the ability to do so once the armored rescue vehicle arrives," he said. "It's not offensive. It's not something that we're going to be using to engage people in the public. It truly is an armored shell that is going to be able to carry people in and carry people out of very, very dangerous situations, whether that's natural or manmade."

He said the department has been seeking such a vehicle for years.

"We finally scored a grant and the grant is paying for the vast majority of it, It's a $300,000 grant that we got, the final price of vehicle with the updated quote we got this morning, was $353,100. So it's a great that a lot will be covered by the grant."