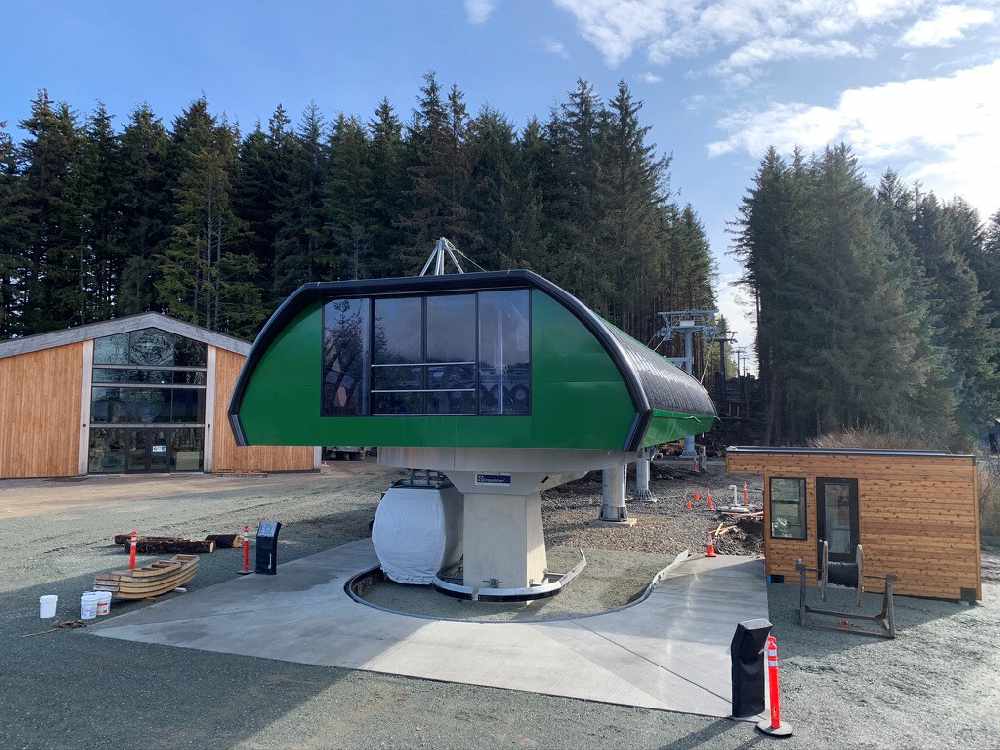 The Transporter Gondola Terminal and Adventure Center in Hoonah.

Hoonah, Alaska (KINY) - The pandemic is not slowing down hammers, nails and construction equipment at Icy Strait Point.

The attraction might not be hosting cruise ships right now but they seem to be poised for big success in the future.

President and CEO of Huna Totem Corporation and subsidiary, Xuna Kaawu Annee Corporation, Russell Dick said they have not let the pandemic ruin the momentum they have built.

"When we started construction last year we had a pretty aggressive schedule," he noted.

They have built a second dock, have nearly completed the Wilderness Landing and transporter gondola, and made progress on the mountaintop gondola.  All of the projects are expected to be complete in the fall.

Dick said 2020 was expected to be the biggest season yet with an estimated 500,000 visitors.

"The gondola was incredibly important to us.  Being able to put people in the gondola and move them up the mountain, having their own little piece of Alaska, was something we were really looking forward to."

The gondola would eliminate the need for 72 buses to transport people.

"We were expecting a big year, the best year in the history of the company, but that is the way things go," he added.

Dick was not giving up hope that some cruise ships will visit this year.

Dick said he will remain optimistic.

"I'm a fairly optimistic person.  First and foremost is the health of our employees, their families and our community of Hoonah."

Huna Totem has been working hard to keep the facility safe.

Norwegian announced last week they had secured the financing needed to keep operating for over a year.

Icy Strait Point has a long term deal with NCL.

Dick said the company is very satisfied with the agreement.