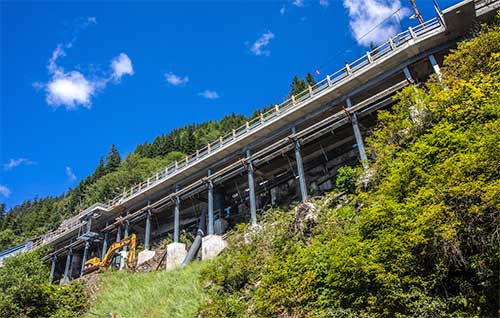 According to Sitnews.com, the trestle reconstruction was a technically challenging project perched on a steep cliff in a historical district and a dense, actively-used and space-constrained residential area.

Dawson completed the $25 million project in just under three years.

The event began with Ketchikan's Boy Scout Troop 4 performing the color guard. State and local officials remarked on the partnerships required for successful project completion and the complexity of the project.

After local youth cut a ribbon to ceremonially open the street to traffic, the City of Ketchikan's Fire Department drove a truck across the trestle.

The bridge has been a high priority for reconstruction for many years. The old Water Street Trestle 2 was built in 1979 and was nearing the end of its useful lifespan. The trestle was not rated for heavy loads like a fire engine and the guardrail was aged.