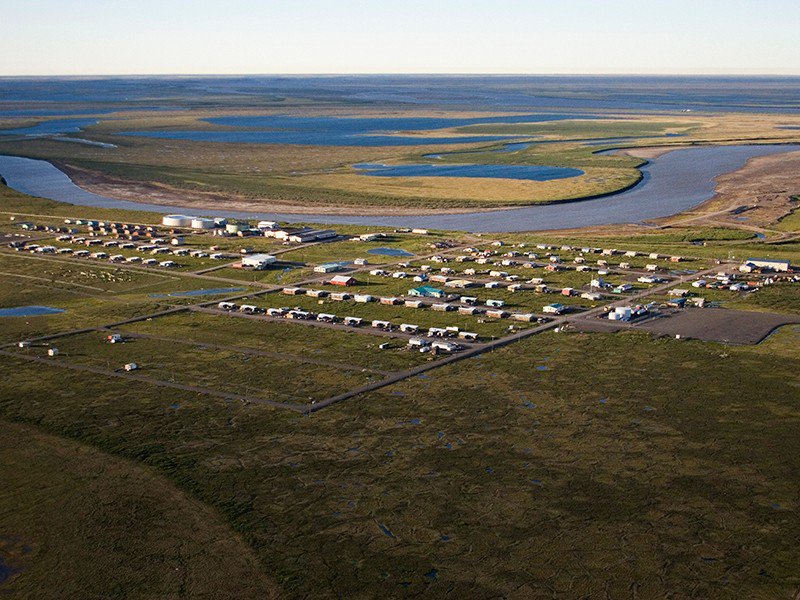 The Pikka development would be on state and Alaska Native-owned land, as close as seven miles to the village of Nuiqsut.

Papua New Guinea-based Oil Search announced that it had received a permit from the U.S. Army Corps of Engineers for its Pikka development, which is planned west of Prudhoe Bay.

The permit is one of many the project will need to advance. The company also needs dozens of state and local permits.

State analysts say the project has the potential to contribute significantly to future Alaska production. Oil Search estimates the project could produce about 120,000 barrels of oil per day.

So far this year, the trans-Alaska pipeline system, which was designed to move oil from the North Slope to a port in Valdez, has been averaging around 515,000 barrels of oil a day.

Oil Search has proposed building up to three drill sites, about 25 miles of roads and about 35 miles of pipelines, a central processing facility, two bridges and an operations center with beds for 200 workers.

Its project is in an area seen as a new hot spot for oil activity on the western North Slope, with ConocoPhillips also pursuing projects in the region.

The Pikka development would be on state and Alaska Native-owned land, as close as seven miles to the village of Nuiqsut. There have been talks to reach a land-use agreement with Kuukpik Corp., the Alaska Native village corporation for Nuiqsut.

Questions have been raised about how the project will affect subsistence hunting and fishing for Nuiqsut residents. Oil Search has made several changes to address the village's concerns.

Oil Search Alaska President Keiran Wulff in a statement said the company is committed to "close collaboration with the people and organizations of Nuiqsut."