Colonel Massie to retire as head of Alaska Wildlife Troopers 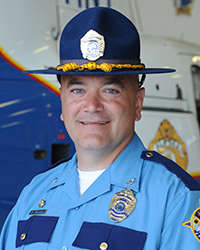 That was the word in a Wednesday release from the Department.

Massie said it was a tremendous honor and privilege working in the Department all those years, and said he is proud of the accomplishments the Wildlife Troopers have made over the last three and a half years.

"Increased and enhanced enforcement efforts statewide, adding three new Wildlife Trooper positions in Rural Alaska, and the recapitalization and much needed maintenance of the vessel and off-highway vehicle fleet," Massie said. "I have great confidence in the next generation of AWT leadership and know that they will continue the legacy of excellence that our agency is known for.”

"Under Doug’s leadership the Alaska Wildlife Troopers have thrived and carried out their uniquely Alaskan mission of protecting Alaska’s fisheries and wildlife resources," said Public Safety Commissioner James Cockrell. "We will certainly miss Doug but wish him all the best in his well-earned retirement."