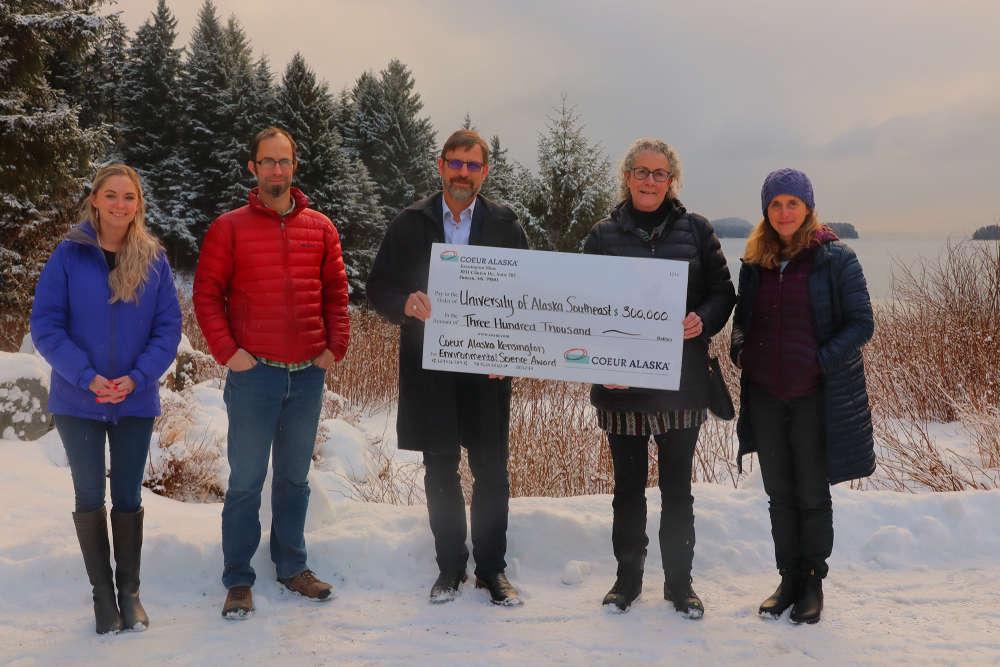 Juneau, Alaska (KINY) - A scholarship fund for environmental sciences at the University of Alaska Southeast has been bolstered by a Coeur Alaska donation.

The majority of the donation will be invested in the endowment fund for future scholarships, and the remaining $10,000 will be immediately available for awards.

"One exciting thing that we're doing this year is we're actually raising the scholarship award amount this year," she said. "So previously, the minimum award was $1,000, and this year, we're raising that to $3,000 per student per academic year. So it's a little bit bigger award that we're going to be able to offer. So we're also really excited about that, it'll help support education a little bit more for some students, so we can't wait to see how that benefits the next generation of environmental scientists and marine biologists."

UAS Associate Professor of Geophysics, Dr. Jason Amundsen, says the contribution is generous and will allow them to increase the size and number of scholarships that they give to students, making it easier for students to continue their education, and focus on their studies.

All Marine Biology and Environmental Science majors at UAS are invited to apply for one of multiple available awards. Preference will be given to full-time Juneau or Southeast residents maintaining at least a 3.0 GPA.