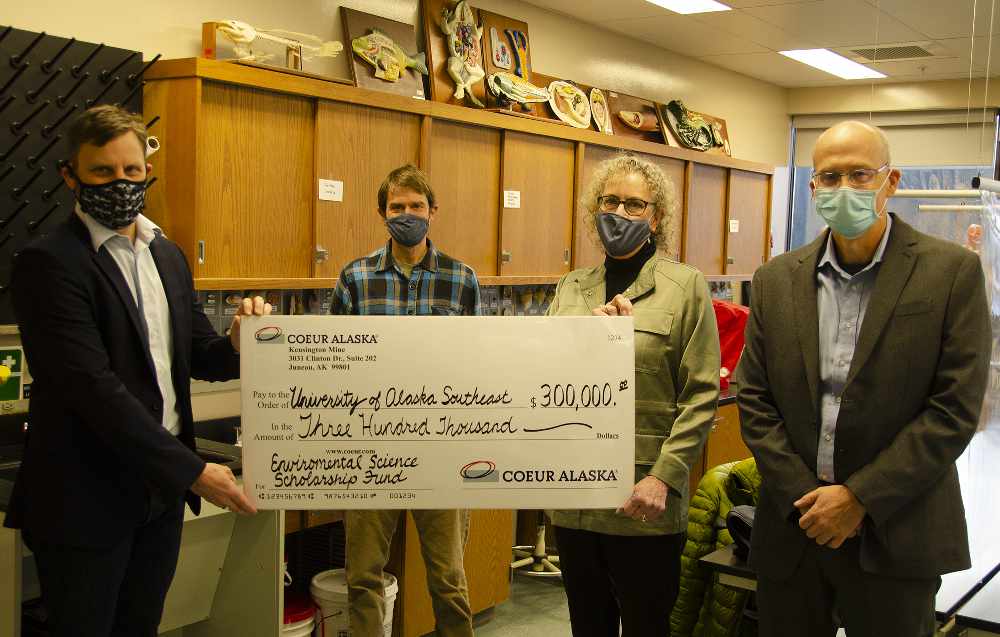 It began with a $20,000 donation from the DuPont/Conoco Environmental Leadership Award.

Donations from Coeur have continued over the past 29 years.

Chancellor Karen Carey said she greatly appreciated the funding, "This scholarship demonstrates Coeur Alaska's commitment to both Environmental Science and to Southeast Alaska.  We are thrilled to have Coeur Alaska as a partner in preparing our next generation workforce that is committed to responsible resource development."

To qualify students must be an Alaska resident and have a minimum grade point average of 3.0.

The award is structured to prefer Juneau students first and students from Southeast Alaska second.

This year four students received an award of $1,000 apiece.

General Manager of Coeur Alaska Kensington Mine Mark Kiessling said the company is committed to responsible resource development and the protection of our environment, "We are proud of our long-standing partnership with UAS and pleased to provide funds to develop Alaskans into the next generation of environmental scientists and marine biologists."