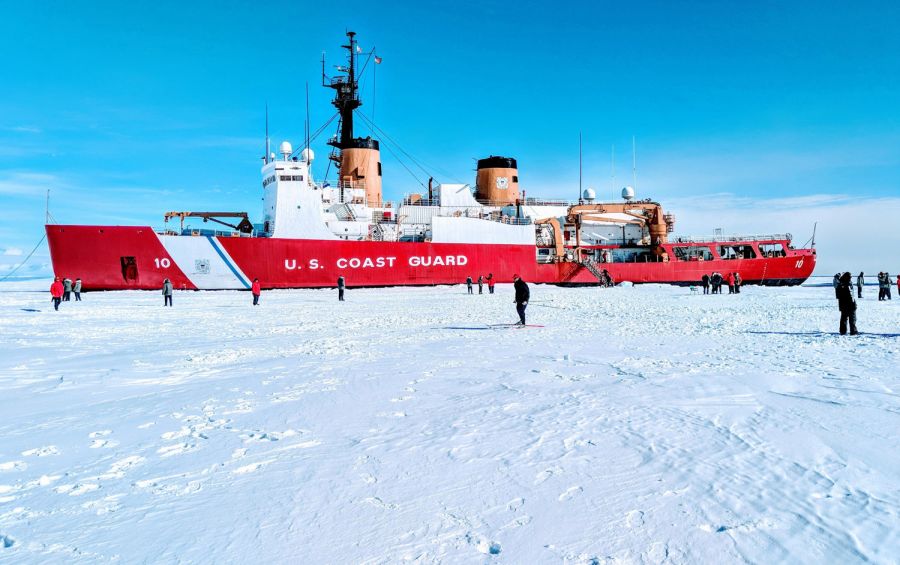 Members of the Coast Guard Cutter Polar Star, the only U.S. heavy icebreaker, explore the Antarctic ice in January 2018.

Washington (AP) - The U.S. Department of Defense announced Tuesday that it has awarded a Mississippi-based shipbuilder a roughly $745.9 million contract to construct a Polar Security Cutter to bolster its Arctic presence.

The department announced that VT Halter Marine Inc. will construct one of three ships intended to revitalize the U.S. Coast Guard's fleet of heavy icebreakers.

"The PSC's (Polar Security Cutter) mission will be to ensure continued access to both polar regions and support the country's economic, commercial, maritime, and national security needs," Department of Defense officials wrote.

"The United States cannot realize the potential of the Arctic — both for our national security and for the people who live there — without the technology necessary to protect our national interests in the far north," said U.S. Sen. Dan Sullivan, R-Alaska. "Today, the Coast Guard has taken another vital step toward securing our country's place in this strategically-significant region with a contract award for a new polar security cutter."

The contract includes options which, if exercised, would bring the cumulative value of this contract to more than $1.9 billion, according to the Department of Defense.