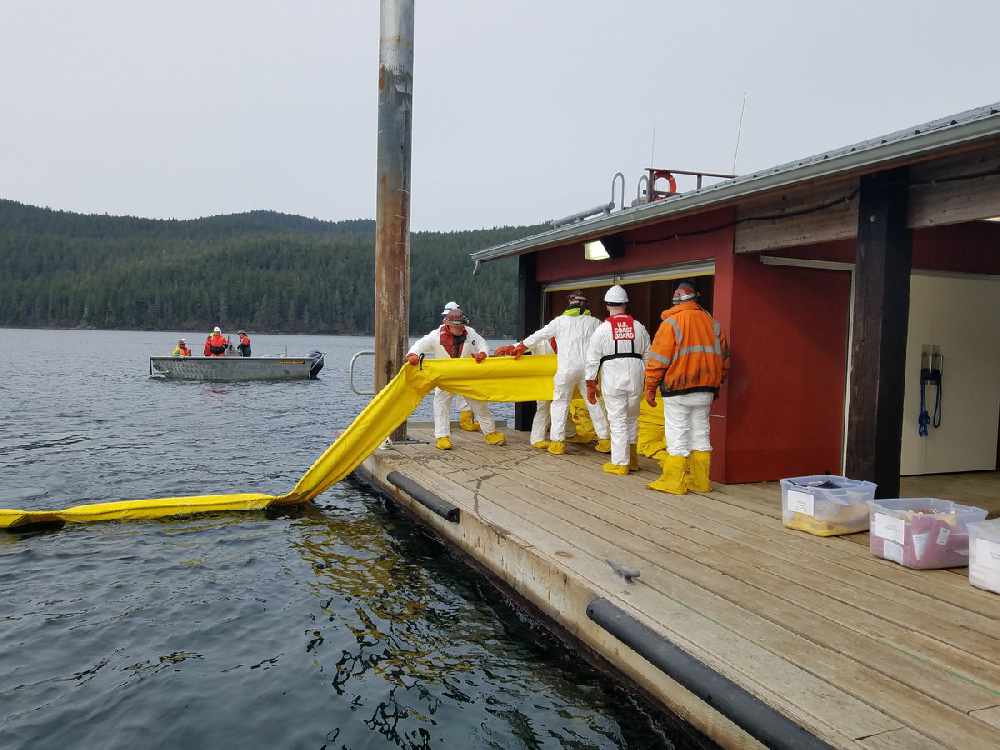 Participants responded to a fictional pollution event that was caused by a vessel collision near Hawk Inlet on Admiralty Island.

The exercise was part of the Coast Guard's Preparedness for Response Exercise Program.  It was created by the Oil Pollution Act of 1990.  It is part of a sweeping pollution prevention and response legislation created following the Exxon Valdez oil spill in 1989.

“The exercise allowed us to practice for a potential pollution event within Southeast Alaska waters and improve upon our response strategies,” said Kathy Hamblett, senior exercise controller for Coast Guard Sector Juneau. “The timing of this exercise, only two weeks after the 30th anniversary of the Exxon Valdez spill, provided excellent perspective for the importance of preparedness.”

On the first day of the exercise, involved organizations collaborated to execute a field deployment of spill response equipment around the simulated incident scene. The second day consisted of assembling an incident management team utilizing the Incident Command System and developing an incident action plan to direct response activities.