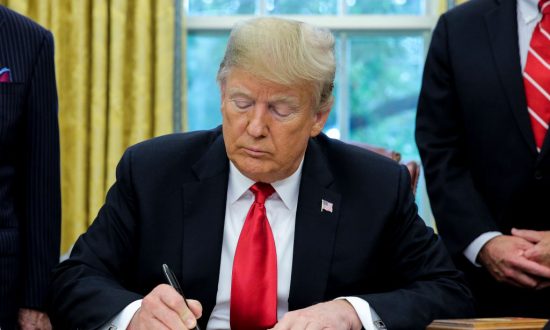 President Donald Trump has signed the Coast Guard Authorization Act of 2018 into law.

Washington, D.C. (KNIY) - Under the act fishing tenders, factory trawlers and floating fish factories in the Alaska fisheries will be permanently exempt from the incidental discharge regulations currently applied to merchant ships.

President Donald Trump has signed the Coast Guard Authorization Act of 2018 into law.

The act, which in addition to measures related to the Coast Guard's operations, contains the Vessel Incidental Discharge Act, which pre-empts state laws on ballast water management and put the Environmental Protection Agency in charge of U.S. ballast water regulations.

According to the trade publication, MAREX, the U.S. Coast Guard will participate in the process of implementation.

At present, the EPA and the U.S. Coast Guard each have ballast water regulations in place under two different statutes and they are not fully consistent regarding compliance, according to the American Association of Port Authorities.

The bill also eliminates the Small Vessel General Permit program for vessels under 79 feet, and it exempts all fishing vessels -- regardless of size -- from SVGP requirements.

Among other implications, this means that fishing tenders, factory trawlers and floating fish factories in the Alaska fisheries will be permanently exempt from the incidental discharge regulations currently applied to merchant ships.

Alaska Senator Dan Sullivan, chairman of the Subcommittee on Oceans, Atmosphere, Fisheries and the Coast Guard, co-authored the bill and said “I’m grateful that the President signed into law the Coast Guard Authorization Act of 2018,” adding, “This new law includes a number of priorities and provisions of Alaskan interest, including a focus on the Coast Guard’s recapitalization efforts, positioning of Coast Guard assets to respond in the Arctic, a plan to address our nation’s icebreaking capabilities and more. The Act will significantly help the men and women of the Coast Guard with their important mission to, among other things, protect our national security and our citizens when they are in trouble on the seas. In Alaska, we very much appreciate all the work that the Coast Guard does for all of us. I’m grateful that my colleagues in Congress, and the President, appreciates them as well.”