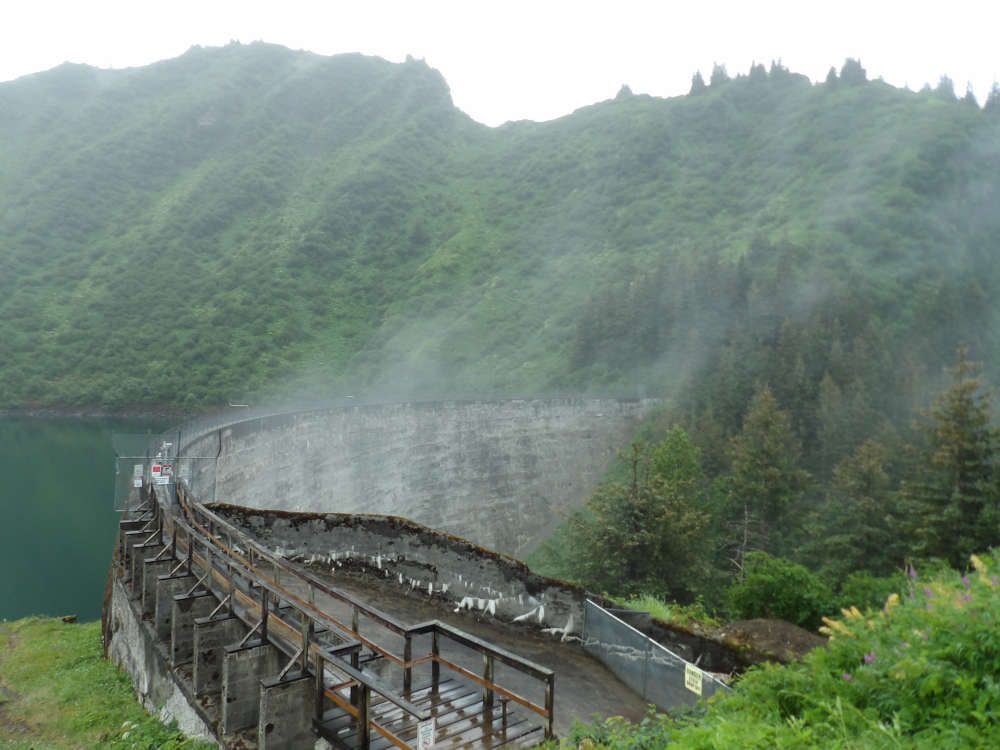 Juneau, Alaska (KINY) - The Salmon Creek Dam, built in 1914 and operated as a hydro-electric dam, was dedicated in Juneau Saturday as a Civil Engineering Landmark by the American Society of Civil Engineers.

Members of the ASCE came to Juneau to hold the dedication at the Juneau-Douglas Museum Saturday afternoon. The landmark designation from ASCE recognizes historically significant local, national, and international civil engineering projects, structures, and sites.

Lawrence Magura, Society Director, said that over 240 projects worldwide have been honored through the program, and includes landmarks such as the Golden Gate Bridge, the Eiffel Tower, and the Panama Canal.

"Today ASCE is proud to recognize the Salmon Creek Dam, completed back in 1914, in support of the Alaska Goldmine project in the Juneau Goldbelt. This remarkable structure is the world's first - and that's what really the history Heritage Program is trying to memorialize is the first something - in this case, it was a constant angle thin arch concrete dam. It's creation heavily influenced the work of a generation of hydraulic engineers and served as a prototype for an expanding class of concrete dams that ultimately included Hoover Dam. 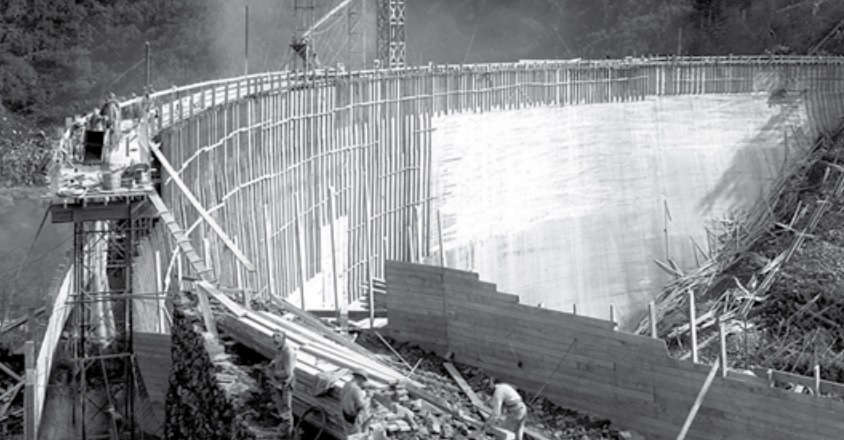 Planning for the construction of the Salmon Creek dam began in 1911 as site investigations were made. The Alaska-Gastineau Mining Company set out to build the dam to supply low-cost hydropower to run their operations. It was completed and operational in 1914.

"Thanks to the work to the work of (Chief Engineer) Harry Wollenberg, Hydraulician Lars R. Jorgensen, its construction was the first full scale implementation of the constant angle... a model so revolutionary that by 1931, over 40 constant angle dams have been constructed around the world, and for decades since the concept has continued to be used into the present day," he said.

Sites must be nominated in order to be a Civil Engineering Landmark and be evaluated by the ASCE's History and Heritage Committee. Papers used to further a nomination of the dam were written by the late Scott Willis, who was a civil engineer with AEL&P. His write-up of the dam is credited with providing the basis of the successful application. The dam was then nominated by the Alaska Section of the ASCE.

His Wife, Gaye Willis, spoke at the dedication.

"I think the builders of Salmon Creek fascinated Scott, because he had witnessed major construction projects, scoring up a half-sense of the hard work behind them, and the advancement in the tools that came in just his lifetime," she said. "He marveled at what those engineers did in designing and constructing the dam using an innovative design, in harsh environment with rugged terrain and unimaginable supply chain issues, and they did it in two seasons." 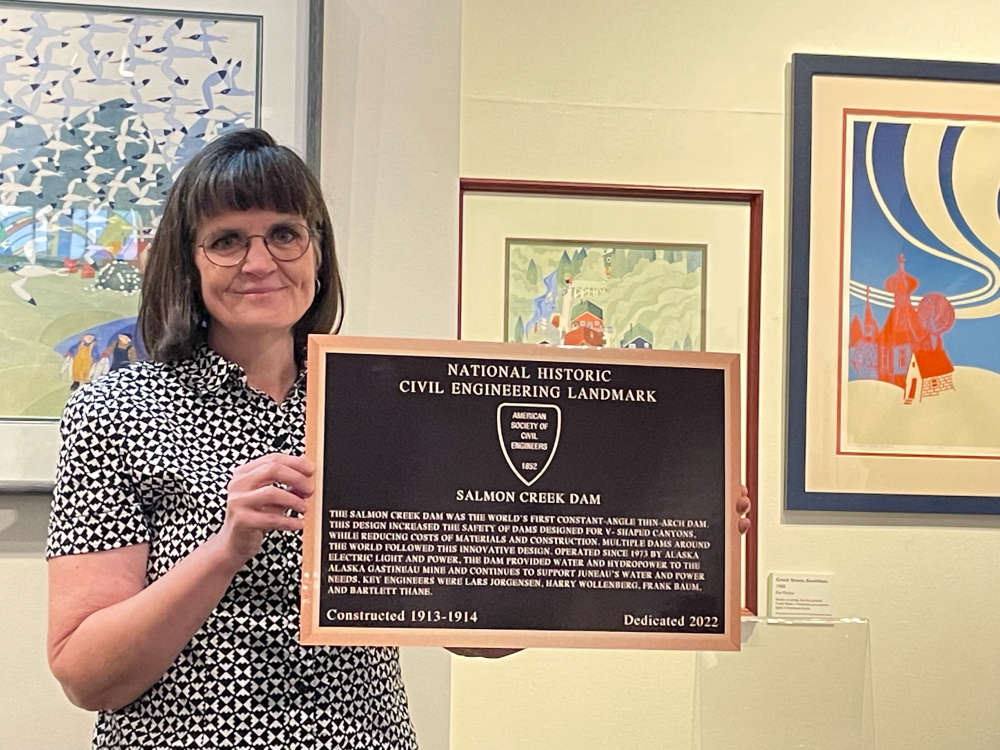 Today AEL&P continues to operate the Salmon Creek hydro project. Salmon Creek’s average production is about 30 million killowatt hours each year, and according to the ASCE, it provides about 7% of Juneau’s electric power. Water from the project also provides about a third of the City’s municipal water supply.

Vice President and Director of Energy Services, Alec Mesdag, said he started working at the company at about the time Willis was writing about the dam.

"It's really wonderful to see the project recognized with this historic designation," he said. "Scott was certainly, just really an impressive person, and someone who meant a lot to me, just having the time that I had to return back and working with them, because you really do have to care about something to take care of something, and that is our job now. AEL&P gets to keep maintaining this project so that it continues to serve our community for decades to come," Mesdag said.

A physical plaque will be placed on site at the dam, as well as a plaque honoring Willis.