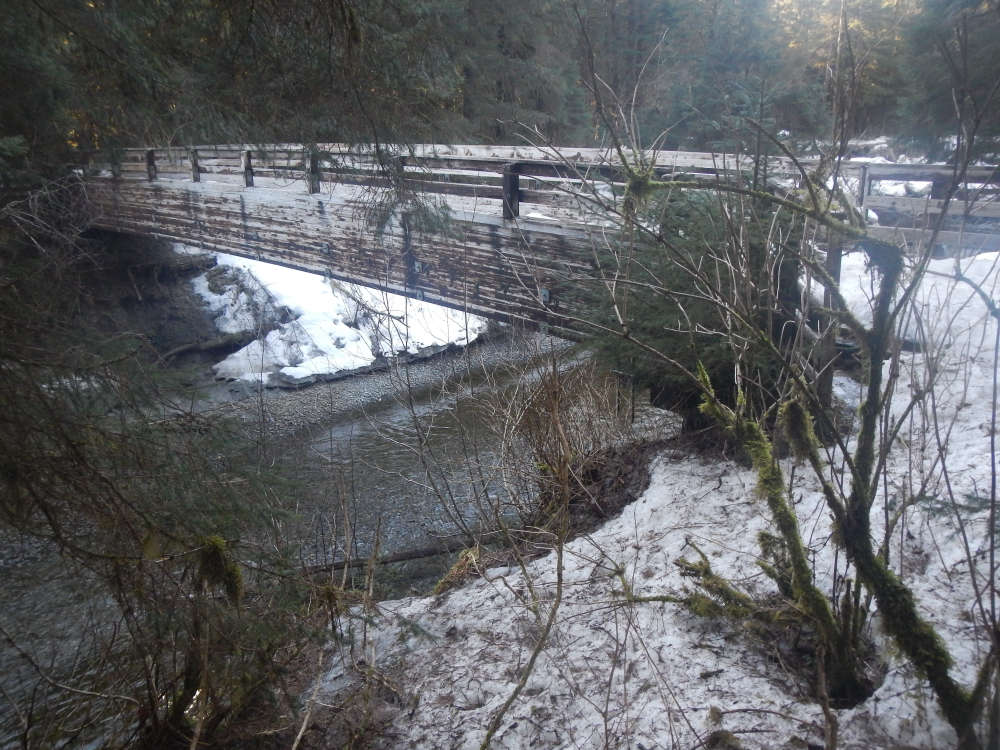 Juneau, Alaska (KINY) - The City and Borough of Juneau, along with the State Department of Transportation, are seeking public comment through April on trail improvements for the Kaxdigoowu Héen Dei, or the Brotherhood Bridge Trail.

During this part of the improvement process, DOT is soliciting public comments for the proposed project until April 30.

According to the department, the proposed improvements would include replacing the pedestrian bridge at Montana Creek to provide a larger span for more natural stream movement and to allow emergency and maintenance vehicle use.

Improvements also include armoring Montana Creek streambanks to increase the expected life of the new bridge, trail reconstruction including repairing subgrade in select areas, repaving the trail, and replacing and/or adding drainage culverts.

Construction is projected to begin in the summer of 2023 and would take 3-4 months.

CBJ expects the project to go through a CBJ public process as well, which will involve more rounds of public comment.

Individuals can get more information about the proposed project here and leave a comment here.