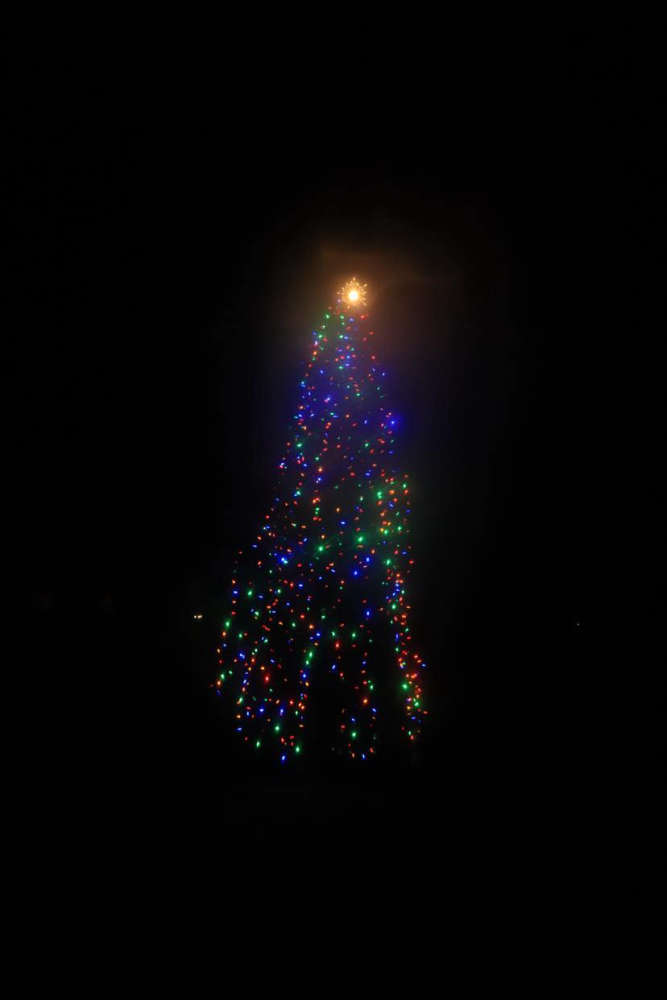 Every year, the community is invited to join the Douglas 4th of July Committee and Douglas United Methodist Church in the church's courtyard to watch the tree light up and shine.

Maggie Swanson is a member of the Douglas 4th of July Committee.  She talked about the history behind the Christmas tree tradition.

"The Douglas Fourth of July Committee started doing the Christmas tree lighting first part of the 2000s. We've been doing it ever since. The history behind all of that is that the miners in the Treadwell mine only had two days off a year, and that was the Fourth of July and Christmas. So we do this in honor of them."

Swanson explained what all their committee does throughout the year.

"Originally we did the Fourth of July and the third of July, we had a community picnic along with a few other events that night. Then the fourth of July festivities. Then we also sponsored the Ghost Walk, in lieu of trick or treating in Douglas, all the kids would come to the Mount Jumbo gym and go around and do all the carnival activities. And then we do the Christmas tree lighting the Friday after Thanksgiving."

Parks and Recreation of CBJ used to supply the tree before the tree they planted in the courtyard grew big enough.

Swanson said that the tree will stay up until January, and anyone is welcome to come to see it in the church's courtyard.

She said who the honor of turning the lights on the tree went to.

"Joe Tompkins lit the tree. He turned the lights on. He was our grand marshal for the Fourth of July parade this year. So we were very excited that he was able to do that."

She said they have a Holiday Choir come and sing every year to spread holiday cheer.

"It's the Smyth singers. It's Missouri Smyth who has her group of singers that come and perform each year. They're just amazing and they're all ages from kids to adults. Christmas spirit."

Below: The Smyth singers lit by flashlight in the rain. 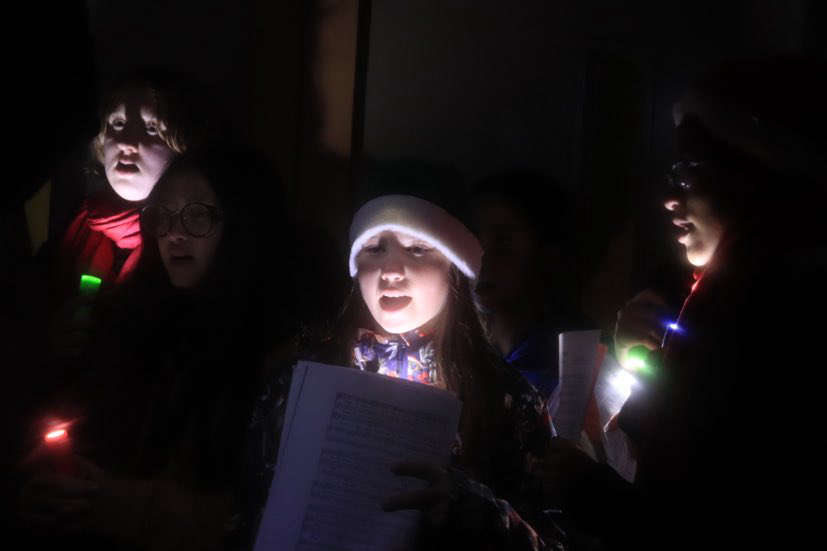