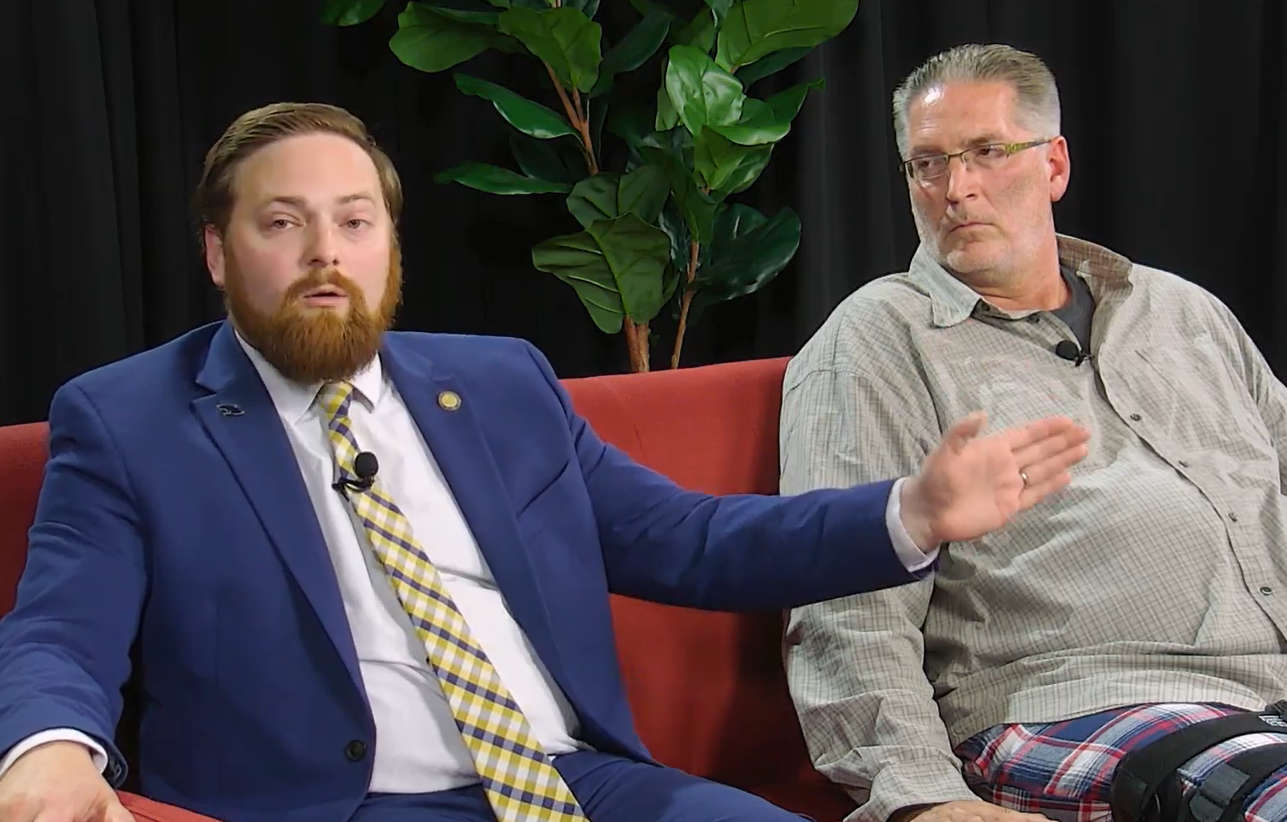 Kurka and Hueper were asked about their thoughts on a number of issues.

Kurka spoke to the main reason he is running, saying, "I have an oath of office to protect and defend the Constitution, of the United States and the State of Alaska, as do all lawmakers," Kurka said. "As to the governor ... we've seen the Constitution just thrown out as totally ignored. And we've just become lawless. We have to have the rule of law back in state government, and we have to have a governor who is more concerned with following the law, following the Constitution, than he is with his own shadow."

There was early excitement over Gov. Mike Dunleavy's win, Kurka said. But then the governor failed to fulfill campaign promises to Alaskans.

"When Dunleavy ran, we were excited about some of his promises," Kurka said. "When I ran for house, we ran on this similar platform, a conservative platform, cutting state government ... standing up for the full statutory dividend, following the law, protecting the preborn ... a whole host of mainstream Republican values. When he got into office, he started doing some of those things. But, pretty quickly, he ran into opposition and he forgot that, in politics you work across the aisle as much as you can. But, when it comes down to it, you have an obligation to fulfill the campaign promises you ran on, that's what you're fighting for. And he forgot about that."

Hueper spoke about the potentail for a constitutional convention -- and why he supports the idea.

"I feel we would have to wait another 10 years if we passed up this opportunity for a constitutional convention," Hueper said. "A lot of my conservative friends, say 'we can't take a risk' what could happen on that. But, my point is, we can't take a risk and let another 10 years go by allowing, especially the judicial branch, allowing them to continue to guard the henhouse."