Juneau, Alaska (KINY) - A University of Alaska student intern passing through Haines boarded an Alaska Seaplanes flight earlier this month, despite testing positive for the COVID-19 virus, forcing nine other passengers into quarantine as close contacts.

That report in the Chilkat Valley News says the 21-year-old intern was fired as a result.

Interim borough manager Alekka Fullerton told the newspaper that  the student drove from Anchorage to Haines after being tested in Anchorage. He didn’t wait for his test result, according to Fullerton, and found out he tested positive after arriving in Haines on Friday, Jan. 8.

Despite promises to isolate in Haines, he boarded the flight to Juneau on Sunday, January 10.

He was scheduled to intern for Anchorage Representative Andy Josephson.  The newspaper says the intern declined to comment. Josephson told the paper that the man who was not identified won't be interning for him. “He’s not going to be interning for me,” Josephson said.

Alaska Seaplanes general manager Carl Ramseth said all the passengers on the flight were considered close contacts by the public health nurse.

He said Public health determined there was a low risk of transmission because the positive person was asymptomatic and all were wearing masks.  The pilot later tested negative. 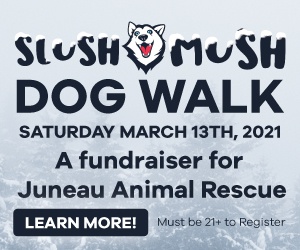