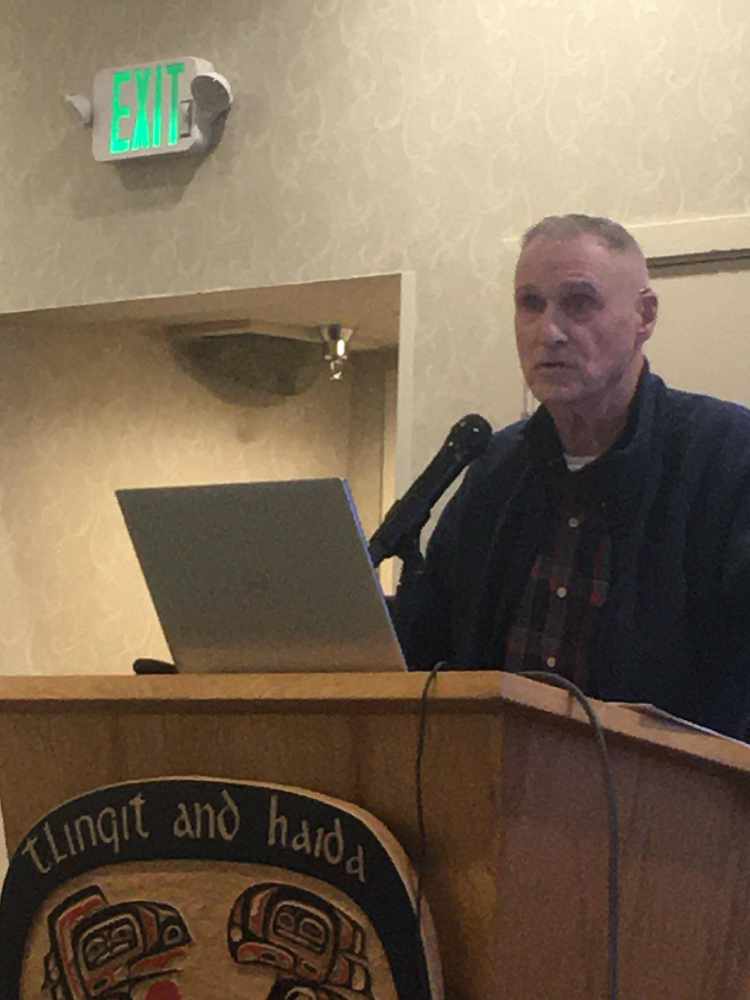 Juneau, Alaska (KINY) - What are the pros and cons of oil taxes?

Bill Corbus presented "The Facts about taxing the oil industry" at the weekly luncheon of the Greater Juneau Chamber of Commerce.

With oil revenues considered the lifeblood of Alaska's state budget, Corbus gave his opinions of the Fair Share Initiative.

He opposes the idea.

Corbus is a former Commissioner over the Department of Revenue.

The initiative will bring in between $1 billion and $1.5 billion into the state coffers each year.

The current taxes bring in about $1.5 billion each year.

The current budget deficit is $1.5 billion.

Oil production has increased to over 500,000 barrels per day.

Three fields account for 80 percent of the oil production on the north slope, Prudhoe Bay, Alpine and Kuparuk.

Oil interests intend to invest $13 billion over the next 10 years on the north slope.

The tax rate for oil that costs $60 barrel is about eight percent.  As the price of oil goes up so the tax rate to a maximum of 35 percent.

The Fair Share initiative would raise the maximum tax rate to 75 percent.    It also raises the gross minimum tax and adds higher progressivity at higher prices.  The total government take would increase from 62 to 76 percent.

Alaska ranks only behind Norway in the amount of government taxes on oil.

"Are we going to continue to have investment on the north slope?  One of the things oil companies will look at is the total government take in Alaska versus other states," he added.

Corbus said the Fair Share will create a barrier for maintaining current production and development of major new oil operations.  He also hints the North Slope oil companies might move future investments elsewhere if they can make the profits they seek.

He said the fair share revenue would solve the present budget dividend dilemma but would create a long term oil revenue problem.

The Chamber will meet with the State Chamber next Thursday at Centennial Hall.  The guest speaker is Alaska Governor Mike Dunleavy.