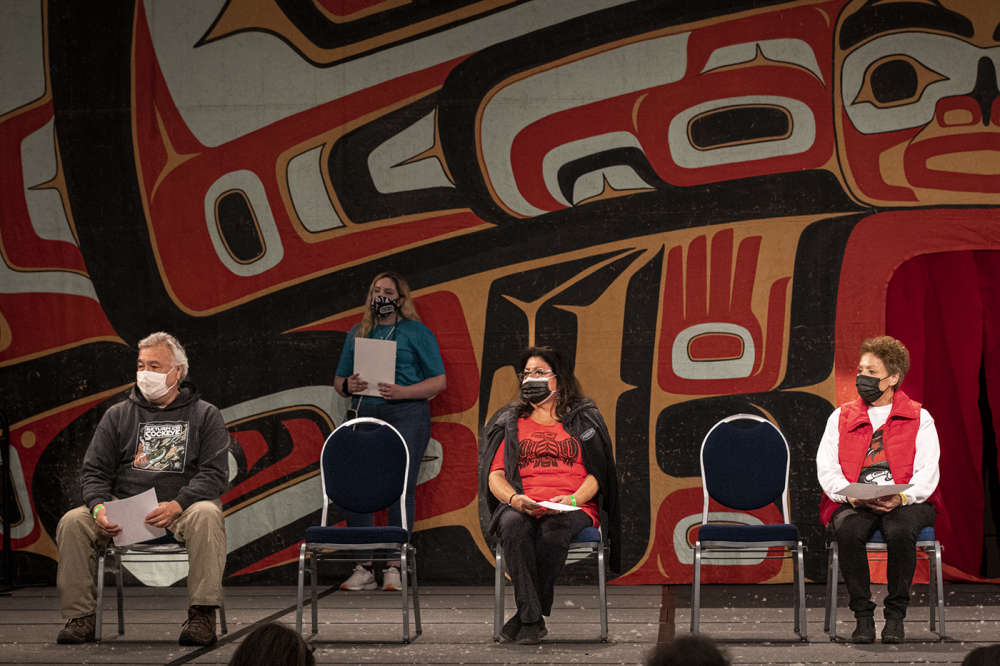 Juneau, Alaska (KINY) - Sealaska Heritage Institute has announced the winners of its traditional food contests, held as part of Celebration 2022.

Olsen says the secret to good seal oil is that she’s tender, patient and picky about her craft, and she is careful to ensure that no blood, hair or fat remain in her prize-winning oil.

“I know I’ve been successful when I can see clearly through the jar,” she said.

Allard said he learned how to prepare black seaweed from his parents and that he made small adjustments.

Winners were announced onstage at Centennial Hall on Thursday afternoon. The institute sponsors the contests to introduce young people to traditional Native foods and to highlight the health benefits of traditional Native cuisine. Names of contestants were kept secret from the judges prior to the judging

The winners are as follows: