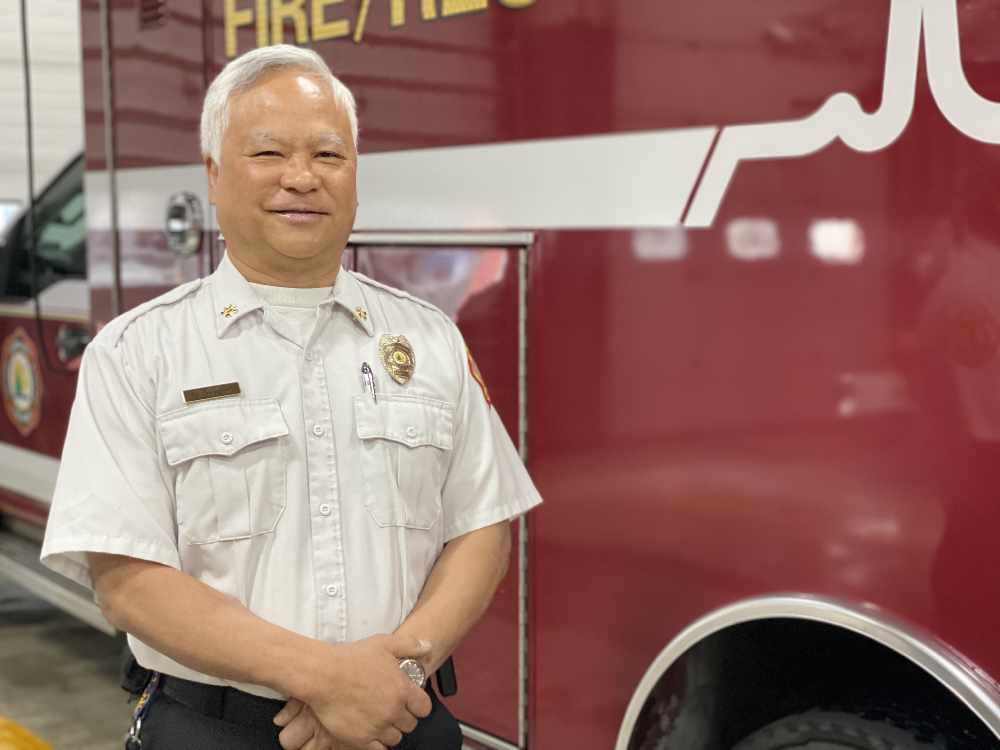 "We responded with our units, we got up there and it was mostly vegetation, not much soil," Quinto said. "It was fortunate the mudslide occurred between two houses. It did hit a house behind another house, and people were in there, but they were able to evacuate without any problem. There was nobody else in another house that had damage. It was unoccupied. So, it was fortunate the slide ended up between two houses and nobody was injured."

A power pole was also struck, causing a power outage in the city.

"It also pushed a power pole over," Quinto said. "It didn't go to the ground completely but folded over, and it caused a short in the electrical system, which caused some electrical outage in the city."

CCFR advised some residents evacuate the area. Some were assisted by Red Cross.

Quinto explained what Red Cross did to assist, saying, "They provided housing for those that needed it ... I believe they were taken to some shelter, or to some housing like the hote."

Quinto added that the Mill Creek campground could also be affected, depending on any further rain.