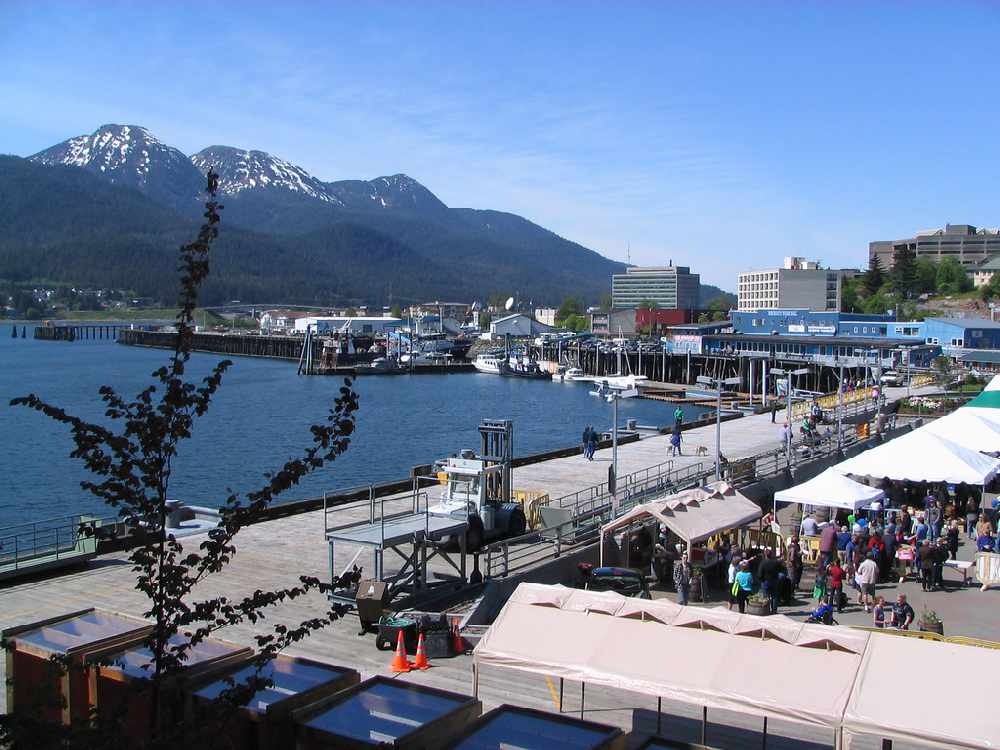 The CBJ is eyeing a large parcel on the waterfront.

Juneau, Alaska (KINY) - To bid or not to bid, that is the question.

CBJ Manager Rorie Watt said the Alaska Mental Health Trust has been pushed to do something with the property since the early 1990s.  Watt is a champion for the project.  He said the CBJ is in the best place to buy the property and use it.  He pointed to the waterfront development plan that includes lighting, a sea walk, a marina and other projects.

"I'm increasingly concerned with the movement of people around the waterfront by water or by land, this could implement different staging ideas," he noted.

Watt said he was glad to get a letter of support from the Cruise Lines Industry Association to move forward.

Watt suggested an August 19 executive session to discuss whether the CBJ should bid on the property.

The CBJ could use port development fees and cruise passenger fees for the property.  Watt said he would support using 100 percent from these fees rather than any general funds.  Should the CBJ decide to sell or lease the property for private use they could reimburse the money into those funds.

Another use for the property is a water taxi to shuttle passengers around.  "Thane Road, Egan Drive, and South Franklin Street during peak times has a concern about traffic.  Some type of waterfront taxi exploration is merited."

The property is adjacent to the Coast Guard Station and the NOAA facility.  He said the CBJ could work with the federal government on some kind of small boat berths.  "The CBJ is the best party to advance the economic interest of the community by acquiring this property."

Assembly Member Michele Bonnet-Hale said the argument for the city to control the land is compelling.  She noted something wildly inappropriate, that is inconsistent with many of the CBJ goals could be presented.

Edwardson said he liked the idea of new kinds of things like catering to smaller cruise vessels, large yachts, and wants to find experienced firms that specialize in these services.

Assembly Member Wade Bryson said it is crucial that the CBJ maintain control of the land.  "It is the last valuable piece of land in Juneau.  I have never heard of any waterfront property losing value.  That property will increase in value while we are the holders of it.  If we pass it on to private developers or we develop it, its the best financial outcome for the city."

Assembly Member Carol Triem said the CBJ should have a role in how this property is used.  She noted the long-range waterfront plan is 16 years old.  She said she would like to see it updated.

The Assembly will discuss the bid at an executive session after the regular agenda of the August 19 Assembly meeting.