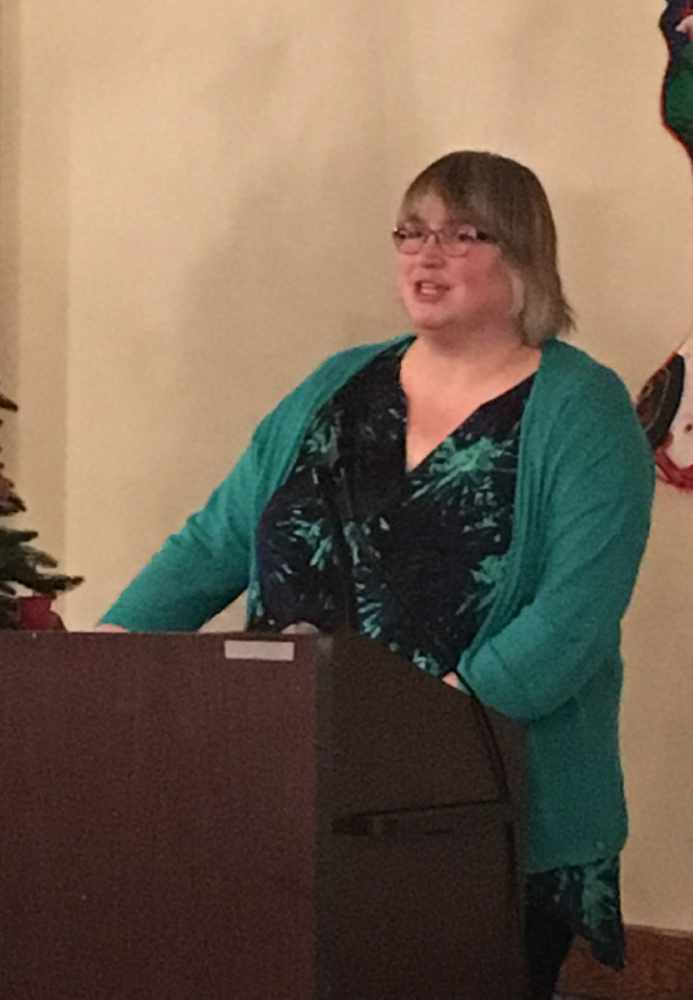 Juneau, Alaska (KINY) Mayor Beth Weldon spoke about the future and Assembly goals for 2019 during a speech to the Greater Juneau Chamber of Commerce Thursday.

Goals include improvement in housing.  She noted they added money to the affordable housing program and hired a housing coordinator.  They are considering an apartment incentive program for those that add onto their homes.  They are also considering a tax abatement for large multi-family housing projects.

The homeless problem remains on the Assembly radar.

Another goal is economic development.  Setting goals for tourism marketing and improving independent travelers are on the list.  “One concern is should we cap tourism?  We are a mixed crowd on that.  Some want up to 1.5 million.”  Weldon said independent travelers spend more money in Juneau.

The new Juneau Arts and Culture Center continues to be discussed.  Organizers and supporters of the project met with Weldon earlier this week.  “Everyone is concerned about how much it will cost.  We directed staff to come up with realistic numbers to see if there is a path forward.”

The Assembly continues to review sales taxes and would love to collect taxes on internet purchases.  Weldon said it could mean $1.2 million per year for Juneau.  The taxes would have to be uniform across the state.  There must also be a centralized collecting agency like the state or the Alaska Municipal League.

Senior sales tax is another item on the agenda.  It would cost $4 million per year to give back the sales tax exemption to seniors.  Another proposal is to raise the age requirement to 70.   Another option is to raise the annual income limits from $35,000 to $40,000.  “There are a lot of pressures on the budget.  We will be looking at that closely.”

Another project for the new year is a new City Hall.  She reported that the rent the CBJ pays for offices today would pay for the new city hall eventually.  There would be the upfront costs.  One proposal is to build the city hall on top of the parking garage.   Improvements to Centennial Hall and a decision on how much funding to give the new JACC will be on the table in 2019.

There is also a group interested in creating a senior assisted living facility in Vintage Park.

Three of the City’s main unions will be up for collective bargaining this year.

Another priority is community wellness, working on the opioid problem, and public safety.  She said programs at Bartlett Regional Hospital and Rainforest Recovery have made progress.  Heroin is the current drug of choice.  “We try to identify where gaps exist and try to fill those gaps.  It is an ongoing battle.”

Another effort has been to reduce energy costs in city facilities.

The total value of drugs seized last year was $1.8 million.  Vandalism rose by 25-percent in 2017. The police currently have seven openings for dispatchers.

She also mentioned improvement in snow plowing and clearing of sidewalks and making Juneau a welcoming capital city.