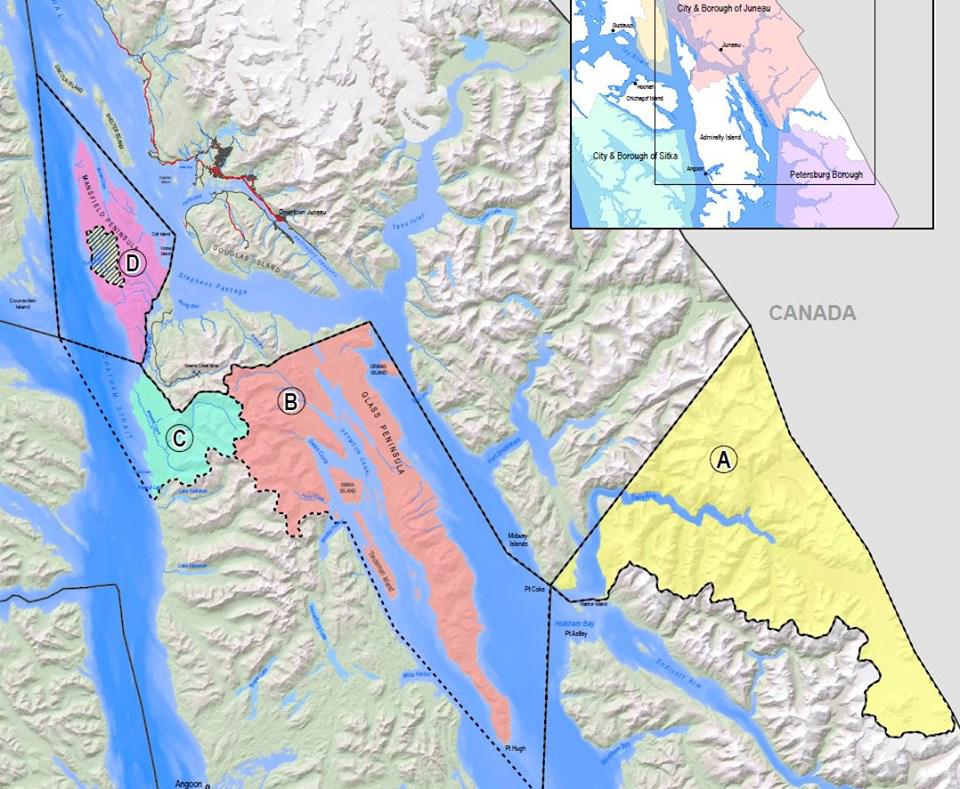 A map of the proposal submitted to the Local Boundary Commission.

Juneau, Alaska (KINY) - The City and Borough of Juneau filed an amended annexation petition for formal technical review with the Local Boundary Commission on Thursday, Aug. 8.

No substantive changes were made. Revisions were made in response to LBC staff comments on CBJ’s draft petition that was filed in June. Others were made to correct small errors found in the draft or to update with new information. CBJ is still proposing to expand its current boundaries to include an additional 1,428 sq. miles.

“There has been confusion in the public regarding the actual proposal. I encourage interested parties to please read the submitted documents and maps, and participate in the upcoming process,” City Manager Rorie Watt said.

According to the petition: “The proposed annexation area is… generally described as the Tracy Arm area between the existing CBJ boundary and the Petersburg Borough, lands abutting and in Seymour Canal beginning with the Pack Creek watershed and including all lands to the north that drain into Seymour Canal, the Glass Peninsula, Horse and Colt Islands, all of the lands on Admiralty Island to the north of Hawk Inlet, including Mansfield Peninsula, but excluding those lands that lie with the watersheds that drain into Funter Bay, and an area south of the Greens Creek Mine and the existing CBJ boundary that encompasses all lands that drain into Wheeler Creek and lands to the west of the Wheeler Creek basin that drain directly into Chatham Strait.”

CBJ is not proposing to annex the City of Angoon.

This version of the annexation petition will go through a formal technical review by LBC staff. LBC staff has 45 days to review and will either accept the petition for official filing or return it to CBJ for corrections to make.

Once it is accepted, CBJ will send hardcopy binders to the LBC office in Anchorage. LBC staff will also provide public notice of the official filing of the petition and instructions on publication. LBC rules and regulations require significant notice and opportunities for public comment throughout the process.