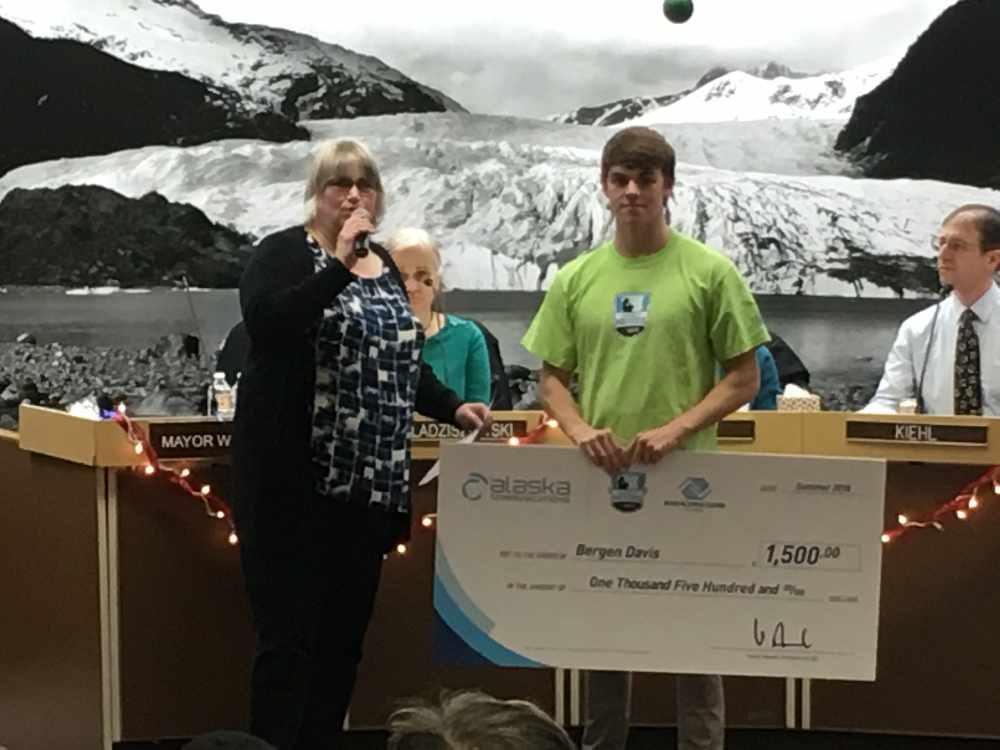 Juneau, Alaska (KINY) A judge's ruling over the use of marine passenger fees will delay the waterfront project.

The Assembly approved a lease with Harri Commercial Marine for the Auke Bay Boatyard.  The lease terms are two, 10-year leases.  The fair market value for the lease is $36,000 annually.

The Assembly appropriated $205,000 to fund a landslide and avalanche risk study in Juneau.  The money is funded by a grant from the US Department of Homeland Security.  The study is expected to take four years.

The Assembly introduced two ordinances at the meeting.  One would restrict smoking and match CBJ regulations with those approved this year by the state.

Another ordinance introduced would spend $380,000 to replace an exit lane system at the Juneau International Airport terminal.  The secured exit lane is the primary egress from the departure lounge.  Attempts to receive grants to help fund the project have been unsuccessful.  Public hearings on these ordinances will be held at the next meeting on January 7.

The Assembly approved a bid award of $1.94 million to Admiralty Construction to replace the Douglas Highway water main.

The Assembly continued until January a budget transfer of $4.5 million from the State Cruise Passenger Vessel Excise Tax and $1.5 million from CBJ Marine Passenger Fees, from the Open Space Land Acquisition Fund to the Marine Park to Taku Uplands Improvement Project.  The City Manager is reviewing a recent court order regarding Cruise Lines International Association litigation and recommended the delay.  The Assembly also delayed an ordinance that would appropriate $11 million for the same project from various funds including cruise passenger vessel excise taxes, port development fees, and the marine passenger fee fund balance.

Bergen Davis was honored for doing volunteer work for the Glory Hole Shelter.  The Alaska Communications Summer of Heroes program and the Boys and Girls Club gave Davis a $1,500 scholarship.  He is studying at Oklahoma Christian University and is a member of the school swim team.

Connie Hulbert, President and General Manager of Alaska Electric Light and Power thanked the Assembly for adopting sustainable energy goals.  She thanked the community for involvement in the companies 125th anniversary this year.  They were involved in the 4th of July Parade and held a community picnic this year.  She reported two studies have been completed in efforts to tie on the system to Juneau Hydropower.  A third study is underway.

Victor Banaszak, President of the Southeast Alaska Building Industry appealed to the Assembly to delay action on an ordinance that amends the land use code related to alternative residential subdivisions.  He said Juneau has a reputation of having the toughest building codes in the state.  Realtors testified the change would discourage builders from the construction of detached or on-site condominium projects.  The Assembly adopted the ordinance despite these concerns.  City staff argued it would not discourage development but rather create another option for developers.

The Assembly denied a proposed rezone of five acres from industrial to light commercial at 2500 Sherwood Lane.   The vote was 7-2 in opposition. Capital City Fire Rescue opposed the rezone and noted they felt new residents and tenants of this property would complain about training that goes on at the nearby Fire-training center.  Assembly member Michele Bonnet-Hale said a salmon stream runs through this property and she had concerns over industrial uses there.