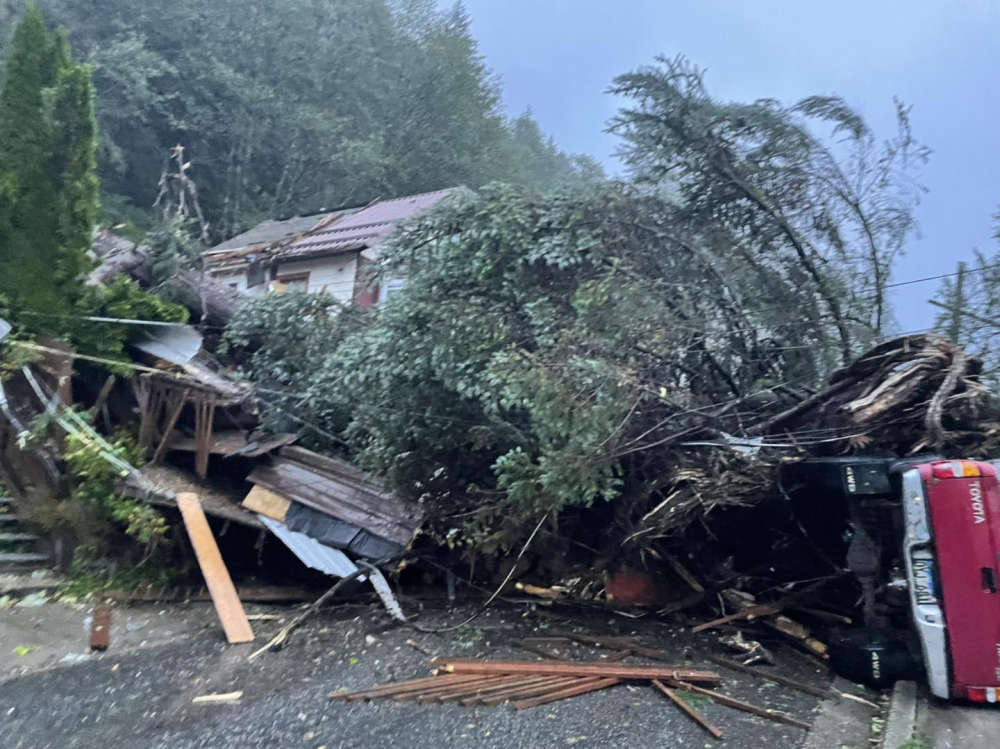 Juneau, Alaska (KINY) - The Juneau assembly committee of the whole received a detailed report on the response to September slide at Gastineau ave, and were also presented with an preliminary outline to changes to CBJ hazard maps and accompanying code.

The report (pg. 44) said the slide was a channelized landslide consisting predominantly of tree debris on Gastineau Avenue damaged three homes, took out power to downtown Juneau and cut off road access.

"We had all kinds of people who pitched in, geologists showed up and assisted naturalists, DOT showed up with their drone. Many many people got together for this difficult problem. I know there have been private fundraisers to help the affected," said City Manager Rorie Watt.

For contributing factors, the report says that by September 26, Juneau had experienced just shy of twice the average rainfall for that month.

Further, a rapid shift in the direction of the wind recorded at the Mount Roberts Tram Terminal weather station could have also contributed to the event.

Public works director Katie Koester was asked what they learned from the emergency response to the event.

"We certainly learned some things about just our internal communication. We learned some things about communicating with Red Cross and sheltering. We took an opportunity actually last week to do some debriefing with the entire leadership team and kind of thinking about how we can take the lessons learned from this event response and really help the entire team be prepared for future events because I do think that we need to be prepared," she said. "I've been here for about two and a half years and but every year something happens, now we've been very fortunate not to having loss of life, but there's always something to be learned."

Following the topic on the fallen tree, the assembly committee took up an update to the city's hazard maps (pg. 48)

City manager Watt said the existing adopted hazard maps from 1987 are antiquated and the companion code does not accommodate the necessary subtly to allow for best answers for development in or near hazard areas.

"We need to update our code with regards to development of restrictions and hazard zones. The change to Title 49 That would result has to go through the Planning Commission. So what we need from the assembly.. is a nod that the direction that I've kind of laid out in this memo is close enough to where we think we might end up that the Planning Commission can start working on it or maybe some modification to that direction to the commission."

The assembly committee decided that staff should continue their analysis of both landside and Avalanche maps and eventually drafting ordinances for the commission.