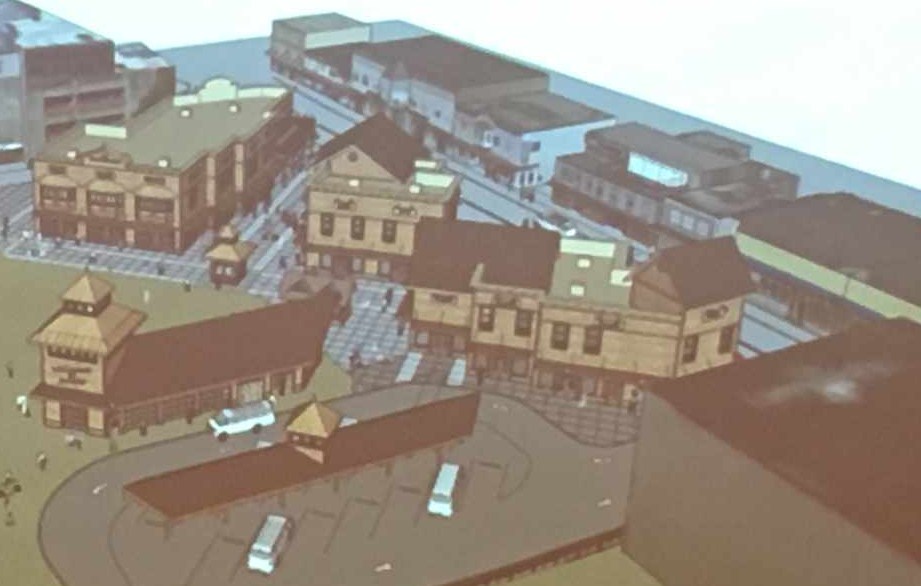 Juneau, Alaska (KINY) - An adjustment to the property line for vehicles entering the passenger staging area will increase the purchase amount to $922,175.

The City and Borough of Juneau Committee of the Whole has voted to direct Juneau City Manager Rorie Watt and Juneau City Attorney Robert Palmer to draft an ordinance that will authorize a purchase and sale agreement for the waterfront infill, or Archipelago Project, in downtown.

According to Watt, an assessment found that CBJ should pay $764,975 in the planned deal with Morris Communications, but that an adjustment to the property line for vehicles entering the passenger staging area will increase that amount to $922,175.

Watt said the project is important to the future of downtown.

"Cruise ship tourism is a really important part of our economy, and with the growth of passengers we really need to have more room on the waterfront for all the activities," Watt said. "More bus staging, more open space [and] more places for people to be. Between last summer and next summer I think we're talking about 150,000 more visitors, which is 1,500 more people a day. So, if you can imagine what that looks like during peak times on the waterfront, we just don't physically have enough room."

Morris is asking for the city to have a restrictive covenant in the sales agreement that will limit the uses the city can engage in.

"The Morris group has asked for, on a subset of the property that they would sell to us, a development limitation," Watt said. "Essentially they want to protect the investment that they hope to make in their property. I think it's a reasonable thing for them to want to do. It's a little unusual and that is why we had a lot discussion."

Watt added that the proposed restrictions would restrict the city from competing with Morris-owned businesses.

Assembly member Loren Jones was the sole "no" vote on the matter. He said he is not for the plan due, partly due to its high cost.

"I don't think the project is useful for us [and] I don't think it's necessary for us," Jones said. "I have objected to the project going forward. Morris can develop their land now the way it is. I'm not sure the city needs to do this and I don't know that it's worth a million bucks."

On the other side of the spectrum is assembly member Wade Bryson. He believes the project is integral to the future of the multi-million dollar cruise industry in Juneau.

"I'm definitely a big supporter of the project," Bryson said. "It's $33 million of non-sales tax, non-property tax money coming into our community ... it's going to improve our waterfront [and] this project is going to absorb a lot of those cruise ship passengers through the food facilities, retail facilities and the bus staging area."

According to Watt, the next step falls to Palmer to draft the ordinance, which will be presented to the assembly this month and again in January.

Assembly member Carole Triem said she is deeply interested in the issue and is glad to see some progress.

"It's important to me and the other new assembly members because this is something that is totally new to us, the Affordable Housing Fund" Triem said. "I think we'll make it run a little more efficiently and hopefully put that money to good use."

During an October meeting, the assembly and staff suggested changes to the fund that include clarifying types of projects eligible for grants and loans, the raising of grant and loan limits to $50,000 per unit built, and the streamlining of the application process.

The committee of the whole also reviewed an updated version of their goals for 2019,which were discussed during a recent retreat.

"I think we had a lot of interaction during the retreat [and] I think everybody felt really open to give their ideas and suggestions," Mayor Beth Weldon said. "Basically, we kept our four goals from years past, and then we added sustainability because as a whole the assembly that was important to add."

The next regular assembly meeting is set for Dec. 17 at 7 p.m. at City Hall.