Carran honored for over 50 years in broadcasting, JRC takes 3 Goldies 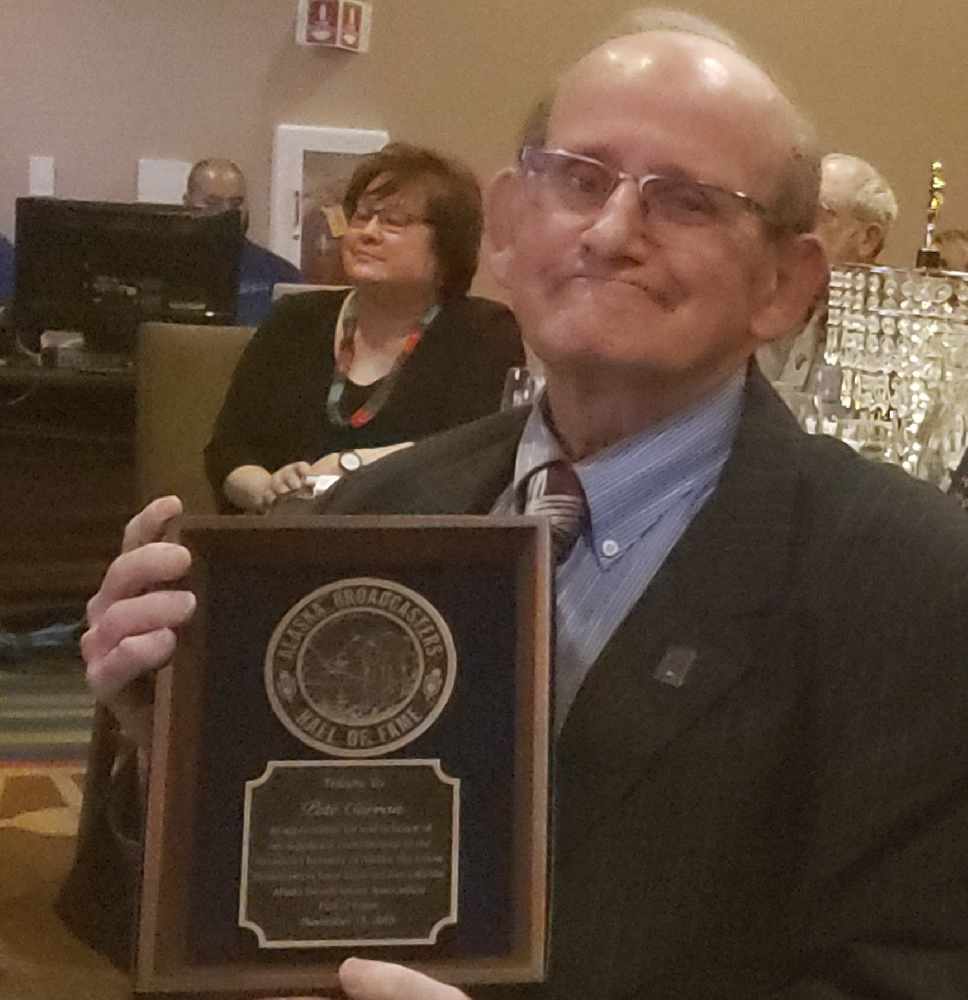 KINY's Pete Carran was honored for his lifetime of broadcasting work in Alaska. (Photo by Richard Burns)

Anchorage, Alaska (KINY) - The Juneau and Ketchikan Radio Centers are the recipients of three Goldie Awards for excellence in broadcasting at the 2019 Alaska Broadcasters Association 2019 annual convention.

The company, which owns and operates 10 stations in three different markets, including KJNO, KINY, KXXJ, KTKU, and KSUP in Juneau, KIFW and KSBZ in Sitka, and KTKN, KFMJ and KGTW in Ketchikan, took home the awards at the conference where longtime Alaska journalist Pete Carran was also inducted into the ABA Hall of Fame.

Carran is the 65th member of the ABA Hall of Fame, which was first established in 1985.

He has worked for more than 50 years in the broadcasting and journalism industry.

He started at the Career Academy of Broadcasting in Washington, DC and piqued an interest in broadcasting in high school. He enlisted in the US Army and was assigned in 1968 to the U.S. Army Alaska Information Office at Fort Richardson.

He earned an honorable discharge and went on to work for several radio stations, KWKO, KFQB, KTNX, KJNO, and KINY. He also worked for several TV stations like KAKM, KTUU, and KTOO.

He also served for one year as General Manager at KBBI public radio in Homer and helped put the station on the air.

During his tenure with KAKM-TV, Pete is credited with producing and hosting the first live broadcast of an Alaskan courtroom proceeding, Zobel vs. the State of Alaska.

For a period of time, Pete left the broadcast television and radio circuit to work for the State of Alaska, as well as for a state senator, but he always came back to broadcasting.

Pete still acts as an advisor to the KINY news department and continues to host Action Line for News of the North every morning at 10:30 a.m.