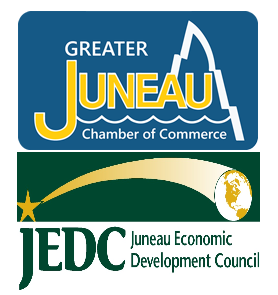 Juneau, Alaska (KINY) - The tourism hardship grant, created in a partnership between the Juneau Chamber of Commerce and the Juneau Economic Development Council has ended its application process.

The program was created using $800,000 of the $2 million dollar grant from Norwegian cruise line.

Chamber Executive Director Craig Dahl was asked for an update while a guest on Action Line.

"The applications are all in. We closed the application period on the 14th and now the staff at JEDC is in the process of working through the numerical processing of that, and then when they're done, we will have I'm going to call it the subjective phase," he said. "Each of the applicants were allowed to write some other information about their business, and we'll take each of those into consideration."

In a separate Action Line program, JEDC Executive Director Brian Holst said they had received 127 applications. Dahl said that they are probably two weeks out to making the final award.

"The way we agreed to do it was that we had to process all applications before we would make any of the awards. So you know, the good news is we had great application and numbers. The bad news is we only have $800,000."

He was asked what hardships businesses told them during the process, Chamber President Wayne Jensen said the main message was that businesses were planning on a season and did not get it.

"They didn't get to have two of them for the most part, because even though they had some success last season, it was very truncated," Jensen said. "These businesses can only last so long, so I think they need some help in order to in a very important part of our economy."

"Some of the business, or a lot of businesses, can scale their operations, everything from no business to partial business. But there's other things they have to deal with, rent being one of the big ones that doesn't go away, utilities don't go away," Dahl said. "I think a grant like this, while it might not be huge, it's maybe just that boost that helps somebody get past a couple of these obligations, and we're all looking forward to some type of season in 2022."