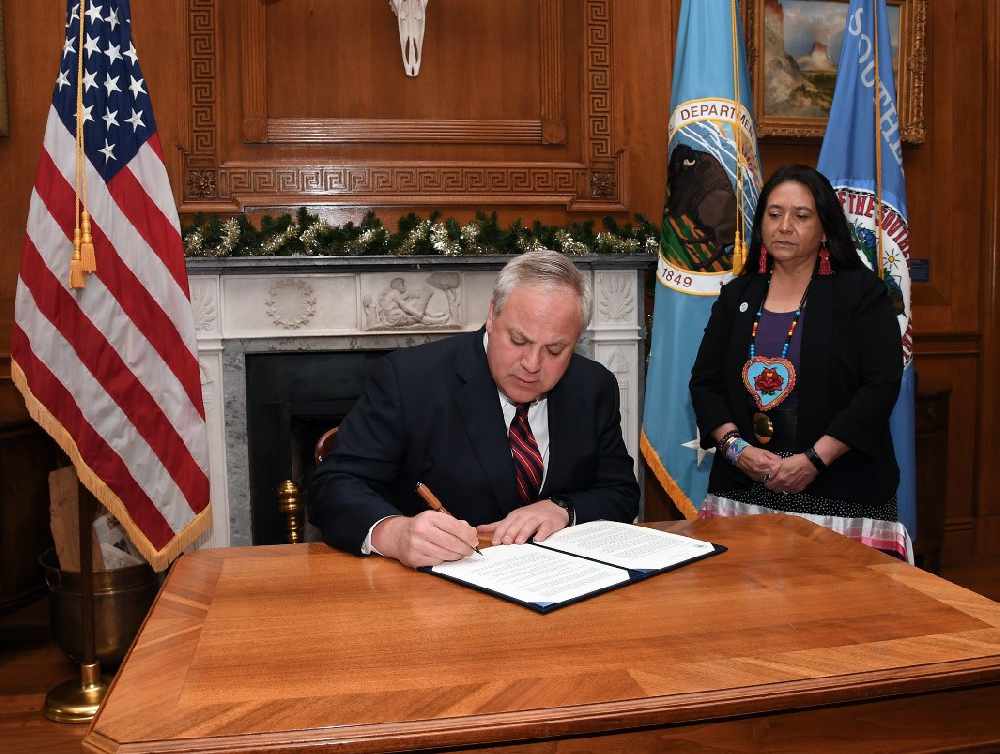 Juneau, Alaska (AP) - Tribes will have to have longer periods of records under new proposed federal rules.

Alaska tribes seeking federal status will have to demonstrate more than 80 years of history under a new process proposed by the Bureau of Indian Affairs.

CoastAlaska reported the proposed rule would require Alaska Native groups seeking tribal status to prove a common bond back to at least 1936.

The bureau said it would settle expectations among tribes petitioning the federal government, the state of Alaska, tribes already federally recognized, and local governments.

The Department of the Interior currently reviews petitions on a case-by-case basis. An attorney representing two unrecognized tribes says a new rule could further slow the process.

Tribes also have more legal right to enter into Tribal Energy Resource Agreements with the Department of the Interior.  It allows tribes to take better control of developing energy resources on their land.

“The Department of the Interior continues to uphold its trust responsibilities and treaty obligations to tribes,” said

Indian Affairs Tara Sweeney today announced final, updated regulations to simplify the process for Tribes to enter into Tribal Energy Resource Agreements (TERAs) with the Department of the Interior (DOI), so tribes can better take control of developing energy resources on their land. While the opportunity to enter into a TERA has been available since 2008, to date, no Tribe has requested a TERA due to overly burdensome requirements.

“The Department of the Interior continues to uphold its trust responsibilities and treaty obligations to tribes,” David Bernhardt, U.S. Secretary of the Interior, said.  “This action clears some of the most persistent hurdles that have hindered tribes from exercising their sovereign right to develop energy on their lands.”

The regulation provides for policy guidance on the contractibility of federal functions for oil and gas development on Indian lands.