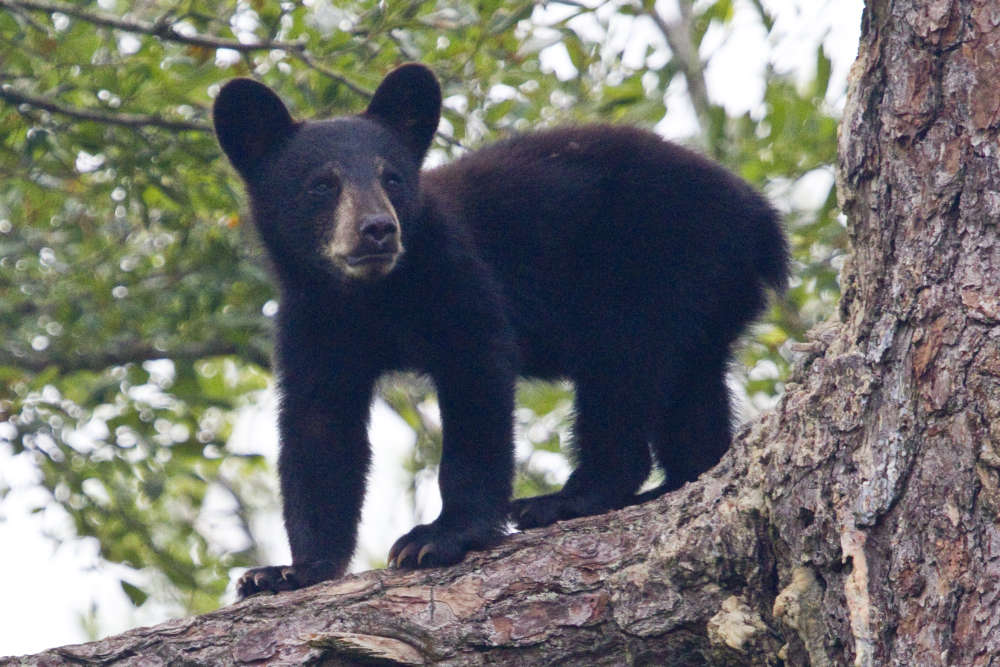 "Black bear cub" by USFWS/Southeast is licensed under CC BY 2.0.

This is the second time ever HPAI has been detected in a bear. The first time was an adult female in Quebec who experienced seizures in June.

In this instance, the bear, a cub in Bartlett Cove, Glacier Bay National Park, was reported sick in October and this month, tests confirmed the virus was present.

In October, a park biologist and members of the public observed that one of three cubs accompanying a sow was having difficulty walking.

The cub was abandoned by the sow. Shortly after the park biologist picked up the cub, it developed seizures and was euthanized by the ADF&G area biologist Roy Churchwell.

A post-mortem examination showed there were no signs of trauma, so samples were collected and sent to diagnostic laboratories to rule out typical seizure disorders including rabies and canine distemper.

The virus that causes HPAI was detected through nasal and rectal swabs and in brain tissue during screening at Washington Animal Disease Diagnostic Laboratory and Cornell University Animal Health Diagnostic Center. Detection and identification of the virus as H5N1 was confirmed by the National Veterinary Services Laboratory this week.

The cub was most likely exposed and infected with the virus while scavenging an infected sick or dead bird.

State Veterinarian Dr. Robert Gerlach and ADF&G Wildlife Veterinarian Dr. Kimberlee Beckmen have detected this virus in only two other wild mammals during this outbreak, red foxes in Unalaska and in Unalakleet. HPAI was detected in eagles, ravens, shorebirds, waterfowl, and domestic poultry throughout the summer and is still being detected in resident bird populations.

The particular strain of HPAI has a very low risk to humans according to the US CDC. Only one person in North America and three other people in the world have been diagnosed during the ongoing outbreak. Proper hygiene is always advised when handling sick animals or butchering wild animals for consumption. Wear gloves, and wash hands and utensils with soap and water to disinfect surfaces. Cook meat to an internal temperature of 145⁰ Fahrenheit and poultry of 165⁰F to avoid risks of infection.

The public is asked to report sick or dead wildlife to the nearest ADF&G office or online.

Morbidity or mortality of domestic poultry can be reported to the Office of the State Veterinarian (907) 375-8215.