Bipartisan Save Our Seas Act Signed by President Trump 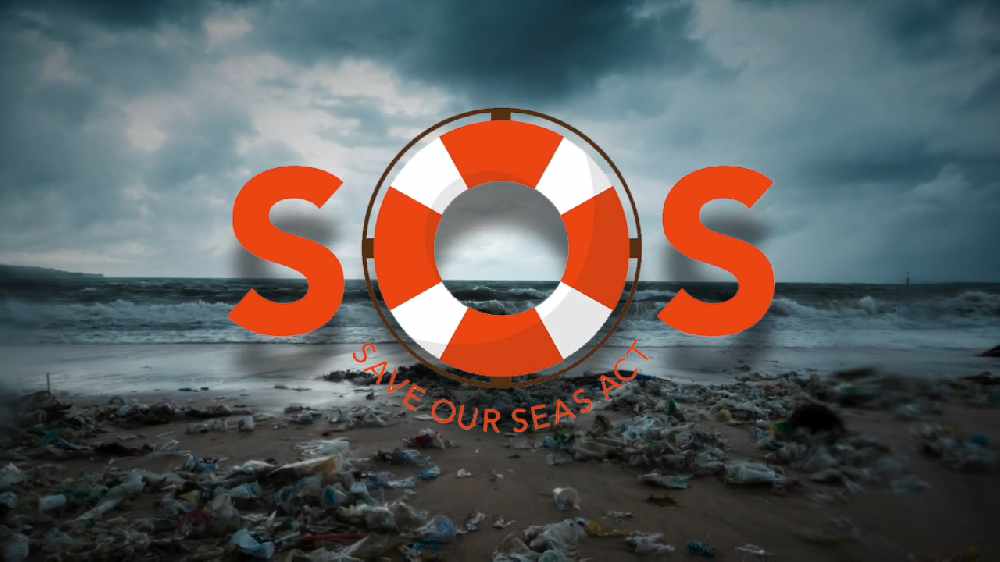 Juneau, AK (KINY) - President Trump signed the Save Our Seas Act into law, a bill that was introduced by Senator Dan Sullivan and Senator Sheldon Whitehouse from Rhode Island.

The goal of the bill is to be able to act when an incident could endanger oceans like major spills or debris. Not only will this work to address issues nationwide, but also internationally as well with a focus on addressing problems at their source.

The bill allows for the NOAA Administrator to declare a severe marine debris event and will enable the authorization of funds to states for cleanup and response efforts. Senators Sullivan and Whitehouse addressed the bill in a teleconference.

Whitehouse talked about how these issues need to be addressed sooner rather than later.

“We’re dealing with a problem that is so serious. The estimate is that if we don’t get after it by 2050, which isn’t that far away in the grand scheme of things, there will actually be more waste plastic in the ocean than living fish. That is not the kind of world we want to leave to our grandchildren and getting to work on this is really important.”

Plastics are not the only threat to oceans.

“This is an important part to the problem, but regular pollution, ocean acidification, and warming are also threats to the ocean that compound with each other.”

There will be $10 million dollars in new funding each year for five years. Sullivan revealed that things are already in motion to address ocean threats.

“They’re already taking action. The NAFTA updated agreement already has a section on these kind of issues. I think the President mentioned that he wants to make sure this is in other trade agreements.”

The law will also create trade pressure for countries that have yet to address their waste management.

“We actually know what the source [of this pollution] is too. It’s rapidly developing economies in Asia: China, Indonesia, the Philippines, Thailand, and Vietnam in particular and their inability to kind of undertake waste management solutions.”

It is still unclear just how large of an impact plastics have on ocean and human health.

“Ocean debris and the plastics that break down into micro-particles that get into the food chain is a real challenge and we’re not even fully understanding how that negatively impact, not just the fisheries, but even human health.”

Sullivan pointed out that there was a lot of bipartisan effort and collaboration on the bill. He also noted the interest and support of not only environmental groups, but also entities from the private sector like Pepsi and Coke.