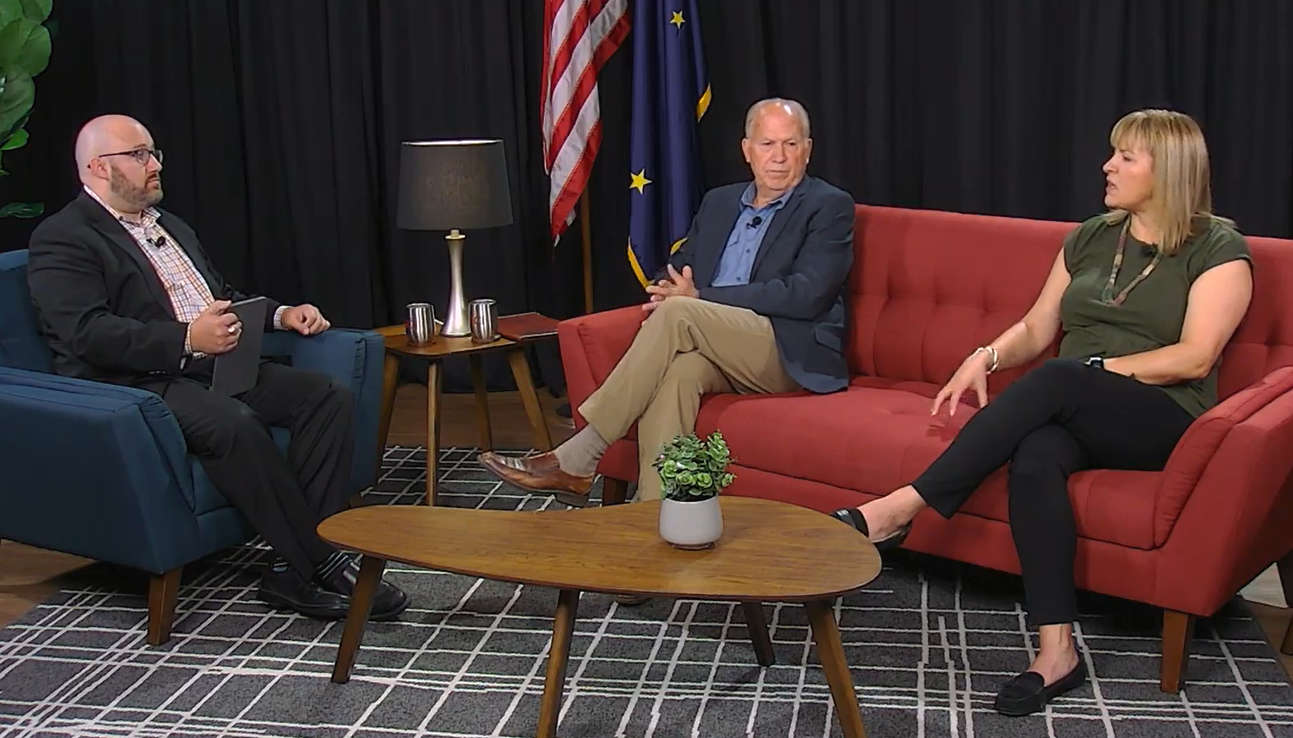 Anchorage, Alaska (KINY) - Former Gov. Bill Walker and his running mate for Lt. Gov., Heidi Drygas, sat down for an interview this week with the Alaska Landmine.

Walker and Drygas were asked about their thoughts on a number of issues.

As Lt. Governor, Drygas, a former Commissioner of Labor, would be responsible for all elections in the state. She said she believes Alaska's elections are fair and secure.

"I think Alaska has a really solid group of professionals running the division of elections," Drygas said. "I think that we have one of the most secure elections in the country. I know that that is something that the Division of Elections has been looking at, to ensure that we have safe and secure elections. And also that we have open and fair elections, so that people have access to the ballot box. We've had problems in rural Alaska, ensuring that folks have access to the ballot box with limited staffing in locations. I think that I would leave those decisions to the professionals at the Division of Elections."

"I recall that Lt. Gov. Kevin Meyer put out a report after the last election, basically confirming exactly what Commissioner Drygas just said about that," Walker said. "We have a good system. Are there areas of improvement? If there are we absolutely will do it, no question about it. But I think we're in a good place in that regard."

Drygas said she and Walker work through issues, even when they don't necessarily agree.

"Bill and I see eye to eye on most issues, not all issues," Drygas said. "The ones that we don't [agree on], we sort of work through and talk about it and come to an understanding. Bill and I have worked together for many years. So, we have a really comfortable relationship."