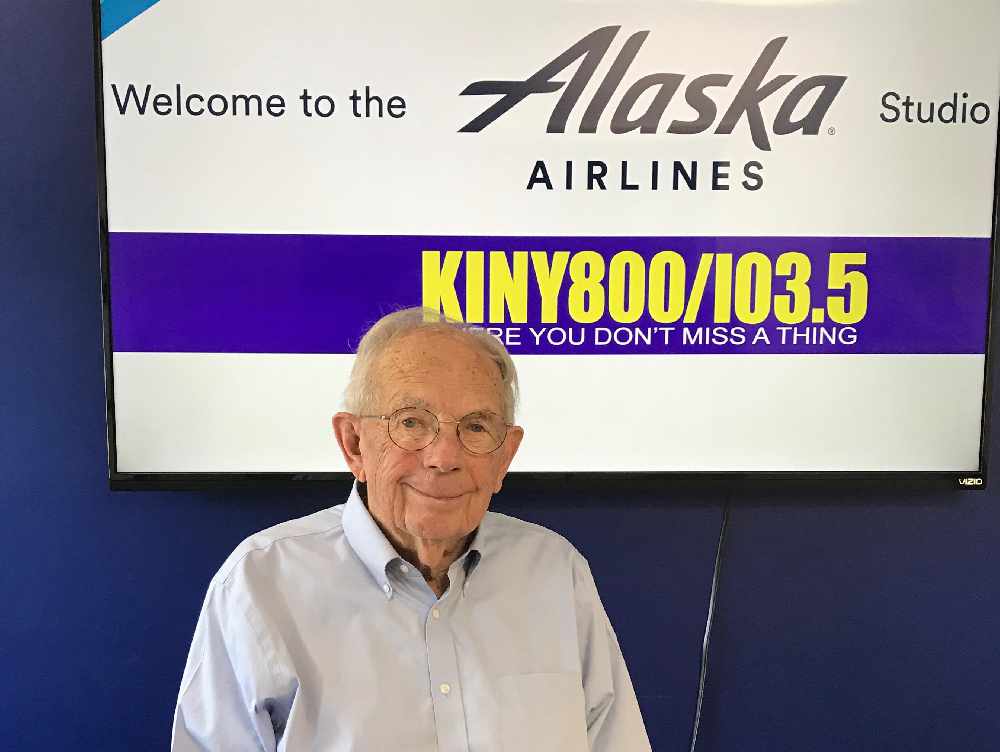 Sheffield pictured in a 2018 KINY program.

JUNEAU, Alaska (AP) — Bill Sheffield, a former Alaska governor whose term in office was roiled by an impeachment proceeding, has died. He was 94.

A statement provided by friends of Sheffield said he died Friday at his home in Anchorage.

John Pugh, a friend who was the state health commissioner under Sheffield and among those who spent time with him before his death, said Sheffield regularly talked about ways to move Alaska forward. He “had all kinds of ideas, even in the last few months as he was really declining, on economic development in Alaska,” Pugh said.

Sheffield, who was governor from 1982 to 1986, was accused of steering a lease for state office space to a political ally and lying about it. He was not indicted by a grand jury but the panel recommended the Legislature consider impeachment. The state Senate decided there was not enough evidence to impeach.

Sheffield told The Associated Press in 1986 he believed his willingness to make hard choices in a state budget crisis cost him a second term.

Sheffield lost the Democratic party primary that year to Steve Cowper, who went on to be elected governor.

“I probably made some mistakes, but when you want to get things done and you came out of the private sector like I did, you’re going to run into the bureaucracy,″ Sheffield told the AP after the primary loss.

″I didn’t run for governor just to be governor. I did it to do things. There’s a lot of things we need to do in this state and we don’t need to wait forever to get them done,” he said.

Sheffield, a successful hotelier, sold that business in 1987, according to his obituary. He went on to leadership positions with the Alaska Railroad Corp. and the Port of Anchorage.

Pugh said Sheffield was caring and believed in mentoring young people. One of Sheffield’s directives to members of his administration was to “get out and find out what the needs are and address the needs of the people,” Pugh said.

He said he sees the impeachment proceedings as a footnote in Sheffield’s public service career. He noted accomplishments during Sheffield’s term, including the completion of efforts for the state to take over the Alaska Railroad and support of the Red Dog Mine.

Sheffield is survived by his longtime companion, Cheri McGuire.