Barr in Alaska to talk Native violence, not Mueller remarks 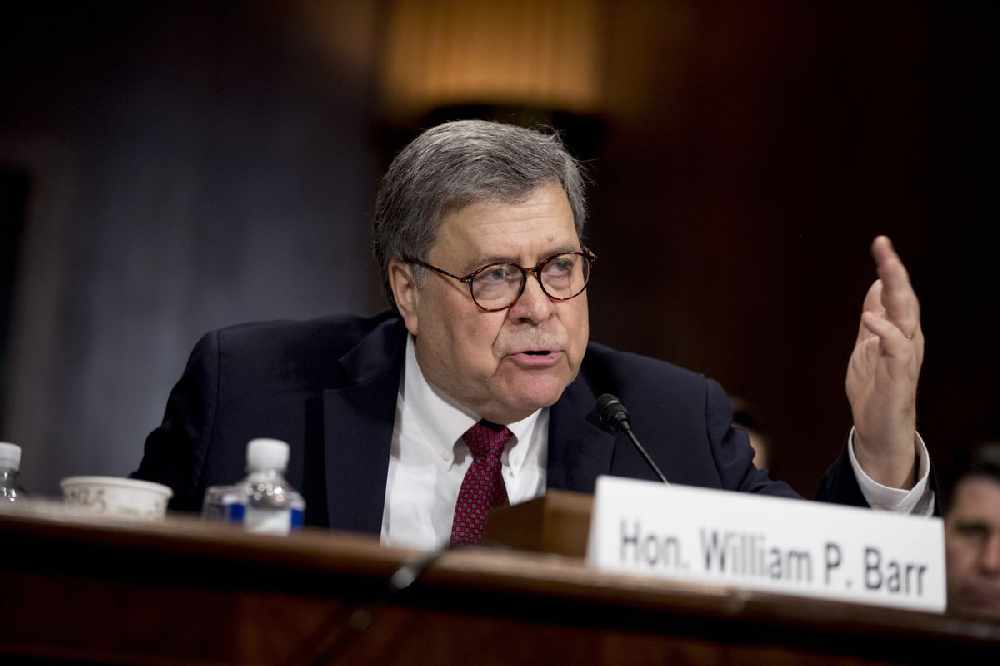 His visit comes the same day special counsel Robert Mueller countered criticism from Barr and others that he should have decided whether to charge President Donald Trump with obstruction of justice during his investigation into Russian election meddling.

In his first public comments since the investigation began two years ago, Mueller said indicting a sitting president was "not an option" because of a Justice Department legal opinion. Barr and Deputy Attorney General Rod Rosenstein decided the evidence didn't support an obstruction charge against Trump.

The attorney general won't address Mueller's remarks or take questions from reporters at an event in Alaska's largest city, according to Justice Department spokeswoman Chloe Martin.

Barr is scheduled to participate in an Alaska Native justice roundtable in Anchorage and visit the state crime lab as Congress and advocates have renewed a focus on violence against Native American and Alaska Native women.

Federal figures show they are victims of violence at astonishing rates. The most recent numbers show that more than half have faced sexual and domestic violence at some point in their lives.

A 2013 federal report found that at least 75 Alaska Native communities had no law enforcement presence. Tribal leaders have spoken candidly about barriers that victims face in seeking justice, saying some sexual assault victims must take boats or planes to urban areas to get a medical forensic exam.

Alaska Sens. Lisa Murkowski and Dan Sullivan, both Republicans, will join Barr on parts of his visit, according to a Justice Department statement.

Sullivan spokesman Mike Anderson said the senator will attend several meetings with Barr in Anchorage to hear from officials, such as state troopers, about the challenges they face, including a lack of law enforcement presence in rural parts of the state.

Barr's visit also includes a rural component, but Anderson said he could not reveal details because of security concerns.