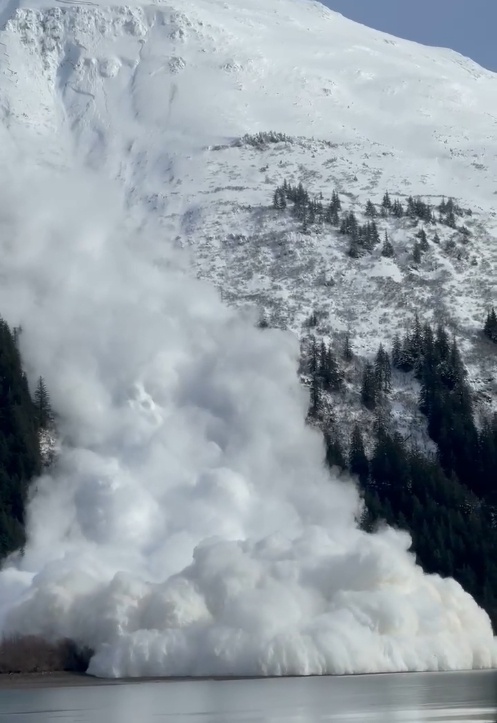 The department's Sam Dapcevich says there was approximately six feet of fresh snow on top.  It fell on a weak layer of snow, he says.

"They got a big slab to break free and it came down the mountain and deposited about two feet from the powder cloud on Thane Road, which they were able to clean up pretty quickly," he says.    The road opened again shortly after one p.m.  It was originally scheduled to open at Noon

Dapcevich said the powder cloud took down some trees. Some power lines that the electric utility had taken offline were snapped. Power was diverted to an underground line in the area during the control work.  The cloud nearly made it clear across the channel to Sandy Beach.

Dapcevich says he saw a report from their avalanche specialist that the hazard level is now minimal.  "It looks like their work did what they wanted it to do," he says.

Dapcevich passed on the department's thanks to Alaska Marine Lines for use of its property along Thane Road to support the avalanche control work.