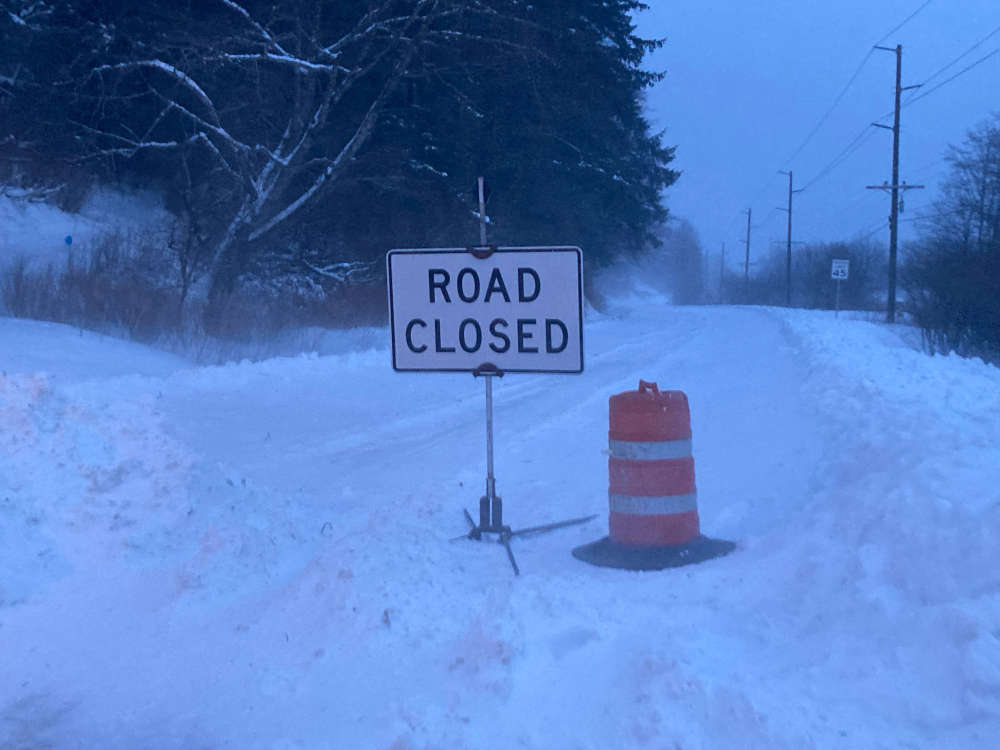 Juneau, Alaska (KINY) - The Thane Road is currently blocked by avalanche debris, the Department of Transportation says the road is impassable, and they have no ETA on when it will be re-opened.

The road was preemptively closed Saturday night due to high avalanche hazards, but officials say that at about 4 in the morning Sunday, an avalanche did come down snowslide creek.

"Right now there's avalanche debris on the roadway and the danger of more avalanche activity remains high, so it's unsafe for anybody to be on Thane Road, even our plow drivers right now," DOT Spokesperson Sam Dapcevich said. "Our avalanche mitigation specialist says that the hazard is going to remain high until the winds subside and that could be as late as Monday evening, so we do not have an ETA."

There have been individuals attempting to ford the snow, Dapcevich says they are discouraging those from taking the road.

"Don't drive into that area," he said. "That could complicate things for our plow operators, as well as the people that are trying attempting to go through are putting themselves in danger. So we don't want anybody to try getting through."

"As the winds shifted yesterday evening into overnight hours, you can see that this morning, between three and five o'clock, the tram weather station almost doubled in snowpack, or gained a foot and a half, with only four inches of new snow. So it had a foot plus deposited simply from wind. So if you consider the upper mountain start zones, which typically have twice the wind, you could have had a foot of slab on Thane yesterday, and you could have put two or three more feet on it overnight, and at three in the morning, it came off."

Mattice said they know of a few other slides, including at Chop Gully and Barends Avenue avalanche path, and says there's potential for more slides.

He said avalanche hazard in the community will remain high for the next several days.