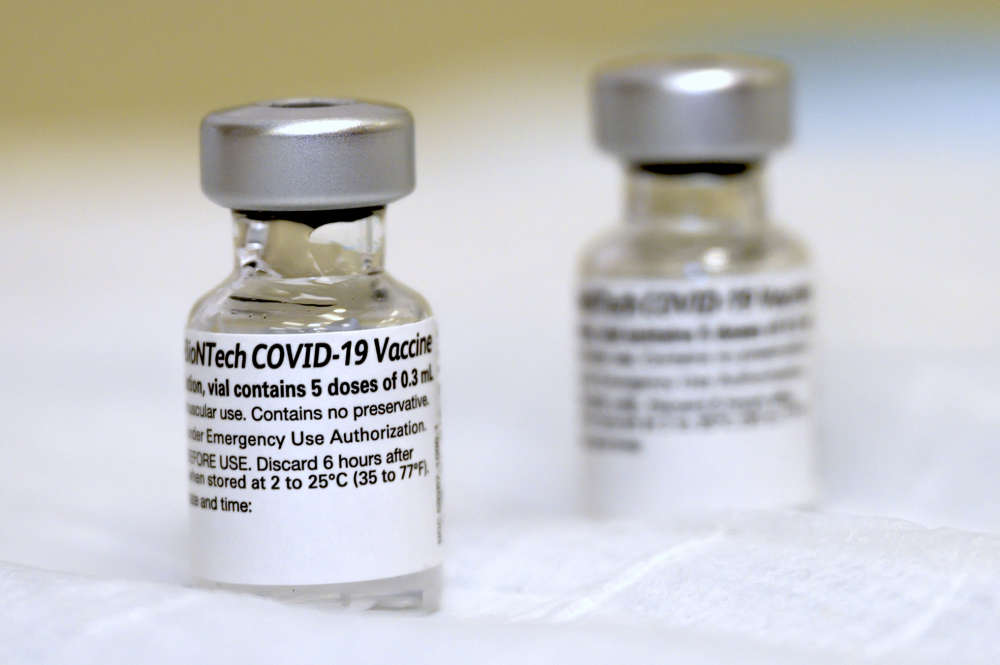 Juneau, Alaska (KINY) - A coalition of 22 states, including Alaska, formally called on the Biden Administration Thursday to withdraw its vaccine mandate for healthcare workers and all related guidance.

The coalition of attorneys general filed a petition under the Administrative Procedures Act requesting the U.S. Department of Health and Human Services and the Centers for Medicare and Medicaid Services take immediate action to repeal its Interim Final Rule (IFR) and State Surveyor Guidance, which require participating healthcare facilities to "develop and implement policies and procedures to ensure that all staff are fully vaccinated for COVID-19."

The Centers for Medicare and Medicaid Services (CMS) had ordered many healthcare providers to force their employees to take the COVID-19 vaccine or risk losing federal Medicare and Medicaid funding. Specifically, the mandate required nearly every employee, volunteer, and third-party contractor working at fifteen categories of healthcare facilities to be vaccinated against COVID and to have received at least a first dose of the vaccine prior to Monday, December 6th. The agency estimated 10.3 million Americans would be subject to the requirement.

"My administration will continue to fight for the right of all Alaskans to make their own choices about medical care without unnecessary intrusion from the government," said Alaska Governor Mike Dunleavy.

"This kind of overreach into the personal, medical freedoms of the people of Alaska is wrong," said Attorney General Treg Taylor. "We began the effort to fight this a year ago and will continue working to stop these unconstitutional mandates."

The IFR regulates over 10 million healthcare workers and suppliers in the United States. Of those, CMS estimated that 2.4 million were unvaccinated when it issued the IFR. "CMS's objective is to coerce the unvaccinated workforce into submission or cause them to lose their livelihoods," the petition states. "If CMS succeeds in coercing states to enforce the IFR against their own citizens, these healthcare workers will lose their jobs (or not return if they already have), states will lose frontline healthcare workers, providers, suppliers, and services, and America's most vulnerable populations will lose access to necessary medical care."

CMS has already admitted there are "endemic staff shortages for all categories of employees at almost all kinds of healthcare providers and suppliers."

The petition asserts that the vaccine mandate also violates the states' sovereign right to enact and enforce their laws and exercise their police power on matters such as compulsory vaccination and it fundamentally changes the deal under which they agreed to participate in the Medicare and Medicaid programs. Constitutionally speaking, it violates the Tenth Amendment; the doctrines of Nondelegation, Major Questions and Anti-Commandeering; and the Spending Clause.

Click here to read the petition to repeal the vaccine mandate.