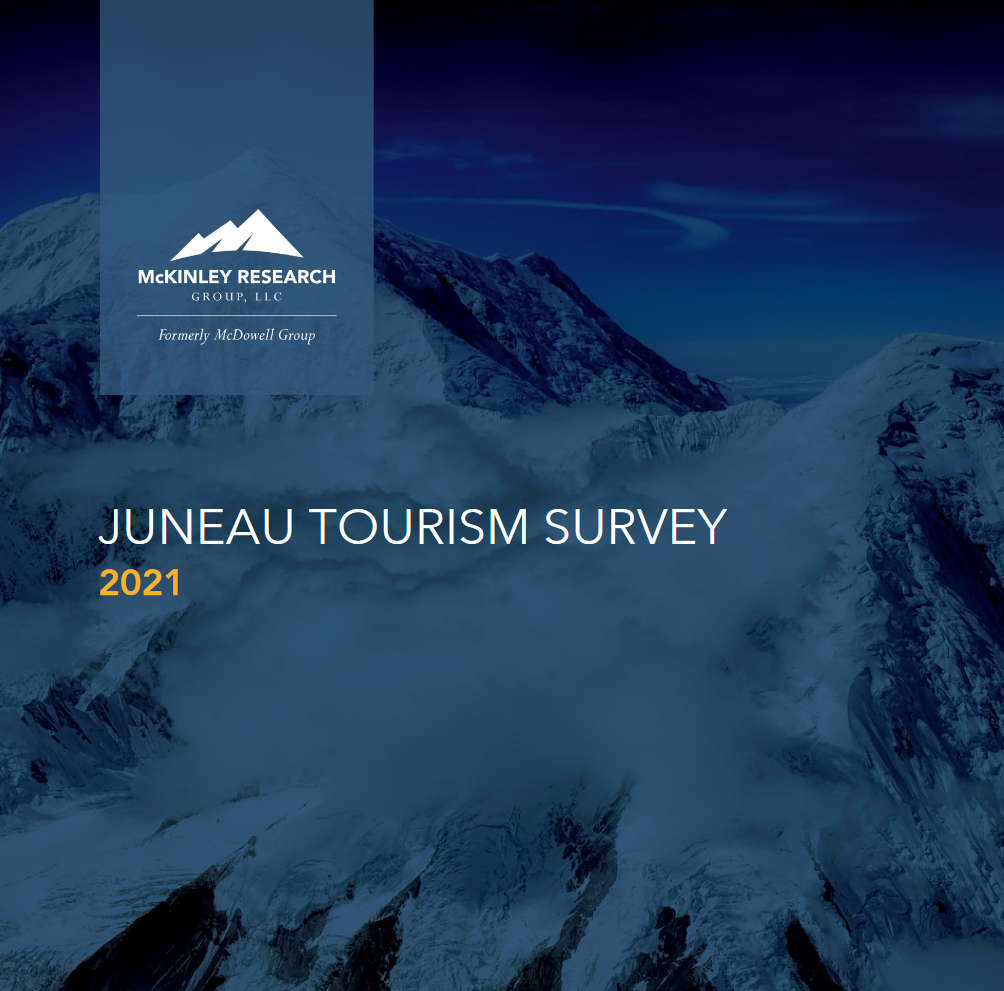 Juneau, Alaska (KINY) - The Juneau Tourism Survey conducted by McKinley Research is out.

Both a  telephone and online survey were done.  The telephone survey consisted of 506 randomly selected Juneau residents.   To qualify for the survey, residents had to have resided in Juneau in the summer of 2019 which was the last regular visitor season.

McKinley Research states in its report to the Assembly that since the online survey sample was self-selected rather than randomly selected, the results should not be seen as statistically representative of Juneau’s population.

When  phone  respondents  were  asked  whether  the  visitor  industry  had  an  overall  positive  or  negative  impact  on  their  household  in  2019,  over  one-third  (36%)  said  there  was  a  positive impact; 8% said there was a negative impact; 33% said there were both positive and negative impacts;  and  20%  said  there  was  no  impact  at  all.  Those  that  answered  “both” were  asked whether the positive outweighed the negative or vice versa; these respondents were more likely to say the positive outweighed the negative (51%) than the reverse (30%).

McKinley Research reported that when comparing this year's phone to a similar question  in  2002  and  2006  phone  surveys
reveals very little change over the three surveys.

Respondents  were  read  a  list  of  eight  visitor-related  impacts  and  asked  how  affected  their  household was in 2019. They  were most likely to be affected by crowding on sidewalks downtown (57%) were somewhat or very affected,  crowding at Mendenhall Glacier (57%), and
vehicle congestion downtown (57%)

When asked to rate how CBJ is  managing  the  impacts  of  the  visitor  industry,  the  most  common  response  is that CBJ is not doing enough (45%), followed by just the right amount (39%) and more than enough (7%). The same question in 2006 generated nearly identical results with differences of 1% to 3% for each response

Nearly two-thirds of respondents (63%) were supportive of CBJ working to limit the number of large ships per day in Juneau’s harbor, including
31% who were very supportive. About one-quarter (28%) were opposed, including 10% who were very opposed.  A follow-up question asked: If it is possible to limit the number of large cruise ships per day in Juneau’s harbor, and what do you think that maximum number should be? The average number of cruise ships suggested was 4.2 ships. This average number  exactly  matches  the  average  suggested in the 2006 survey when respondents were asked for an “optimal” number of daily cruise ships.

In response to a question about support for plans by Norwegian Cruise Lines to build a new dock at the Subport, over one-half of respondents (56%) were supportive while 33% were opposed. About equal numbers felt  strongly:  17%  were  very  supportive,  while  14% were very opposed.

Those  that  said  they  were  opposed  or  very  opposed  to  the  new  dock  were  asked  whether  a  series of factors would increase their level of support. The factors most likely to increase support were a cap of five large ships a day (42% said their support would increase), followed by a public park  (40%),  interpretive  ocean  center  (38%),  and  a  Seawalk  connection  (34%).  Retail  and  restaurants were the least likely to increase support, although 21% still said their support would increase with this  element.

Respondents were asked the level of priority Juneau should place on growing each of four visitor markets.  The market most likely to receive "high priority" ratings was ferry travelers at 71% followed by air travelers at 48%, small cruise ships at 39%, and large cruise ships at 18%. element.

Over half of the respondents said they were not familiar with the Tourism Best Management Practices Program.  Most, 74%, felt the guidelines were very or somewhat effective.  Sixty-nine percent felt they encouraged compliance and 59% believed they provided opportunities for residents to provide feedback.