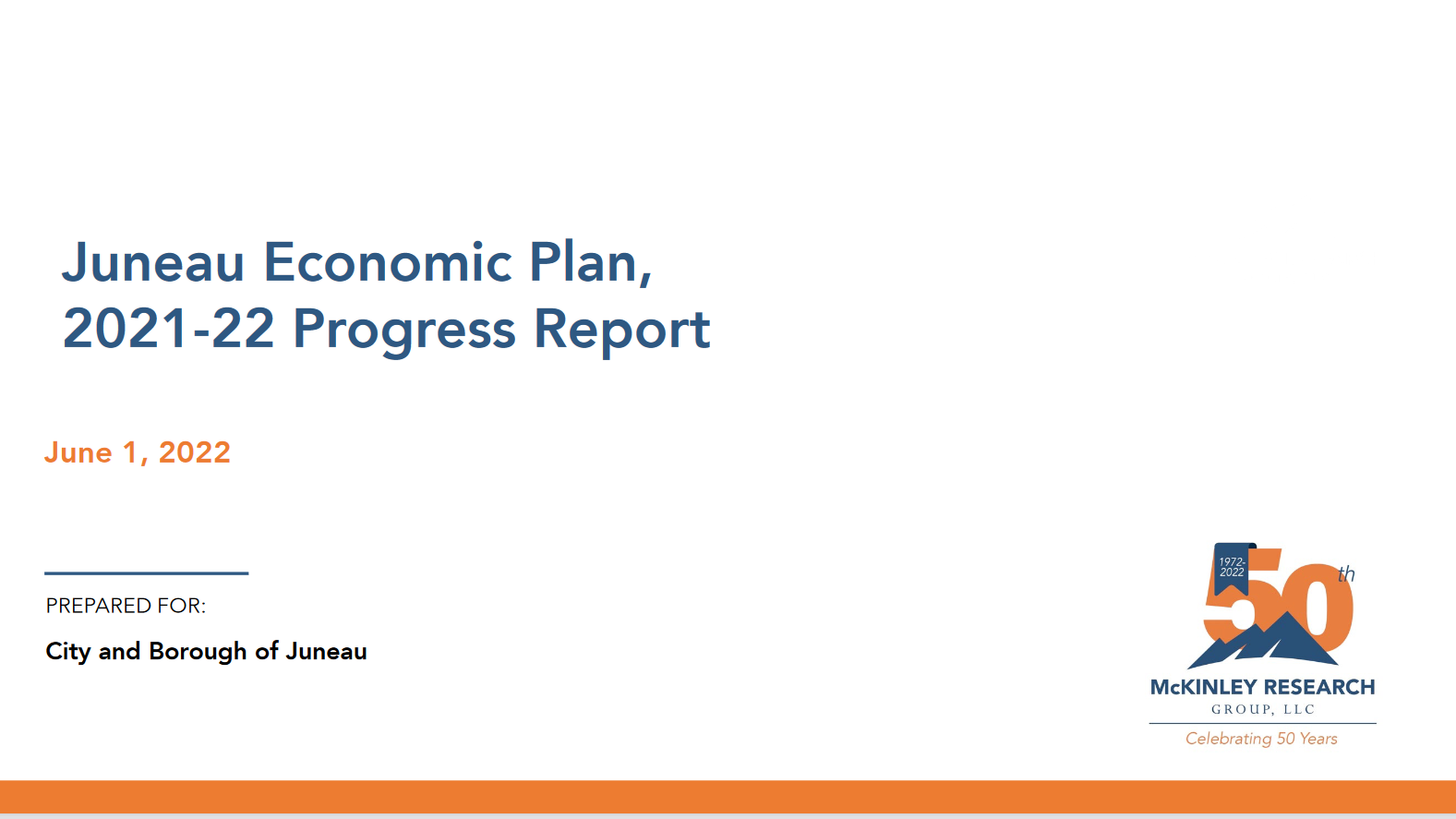 The report focused on eight key topics; Promoting housing affordability and availability, enhancing essential infrastructure, building the senior economy, attracting and preparing the next generation of workforce, recognizing and expanding Juneau’s [position as a research center, build on our strengths, protecting and enhancing Juneau’s role as the Capital City, and revitalization of Downtown.

On the issue of infrastructure, the two items were highlighted were improving access to West Douglas’ “New Growth Area” – namely a 3.5-mile section of Pioneer Road which has been completed, and the Juneau North Channel Second Crossing Project Planning and Environmental Linkages study, which has been initiated and is expected to be completed in 2023.

According to the report, the Greater Juneau Chamber of Commerce also led a working group to identify opportunities to improve freight services and identify challenges faced by freight carriers serving Southeast.

Another goal of the report is to “Expand business opportunities where Juneau has natural advantages.”

To do this, the report recommends growth of independent visitor travel, value from seafood resources, and Juneau’s role as an arts and culture hub.

Native organizations have also been a key factor according to the report, with Sealaska Heritage Institute acting as a leader in establishing Juneau as a hub for traditional Northwest Coast art & culture. The $20M Walter Soboleff Building was major milestone.

Read the full report by clicking here and selecting the document you want to review.