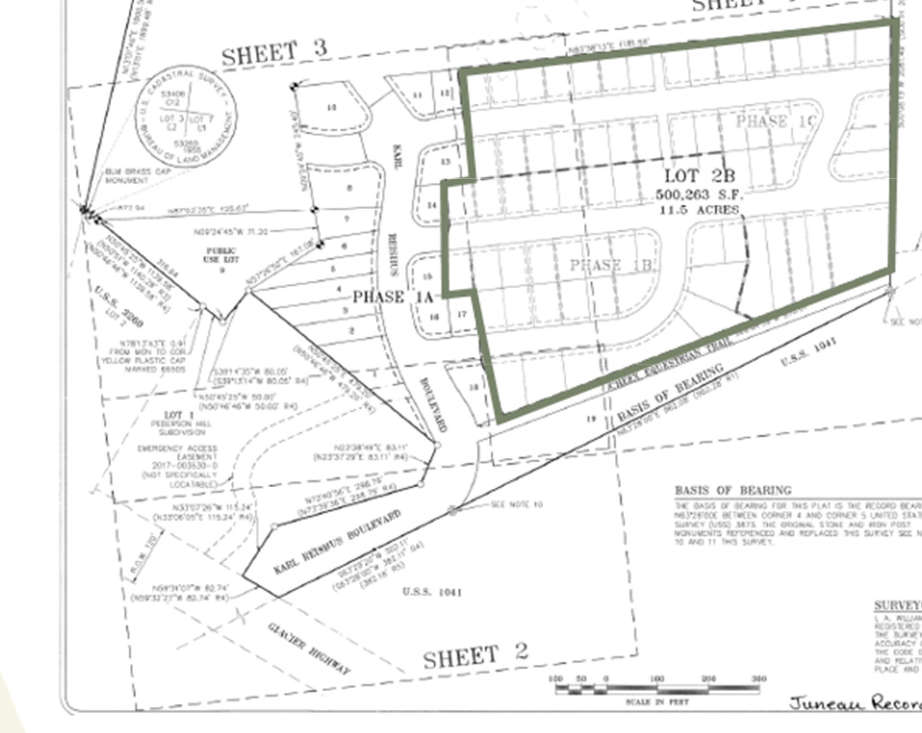 Juneau, Alaska (KINY) - The Juneau assembly, meeting as the committee of the whole Monday evening, voted to move forward negotiations with Tlingit and Haida Regional Housing Authority for city land at Pederson hill.

Housing Authority is requesting an 11.5-acre parcel on phases 1B and 1C of Pederson hill. Though not yet subdivided, there are 69 lots. The property was recently appraised at $635,000.

According to a memo, Housing Authority plans to build homes on the lots and sell 50% to low-income tribal citizens and the other 50% will be available to moderate-income Juneau residents for purchase.

"What happened in Peterson Hill, the homes that are built there now, they're beautiful and they're nice and they're expensive, and they're not necessarily affordable to those that are in the middle class working," Pata said. "Our goal is is try to look for providing housing and making it at a price that's affordable."

She was asked how many units this development may create, Pata said there is potential for 69 units but did not confirm.

"We have a preliminary plat but as we move forward, if this disposal goes forward, there's likely going to be some minor changes to that plat before it's a final plat. So currently, there are 69 lots including park lots, but looking at some potential changes that might change by a lot or two," said Lands and Resources manager Dan Bleidorn