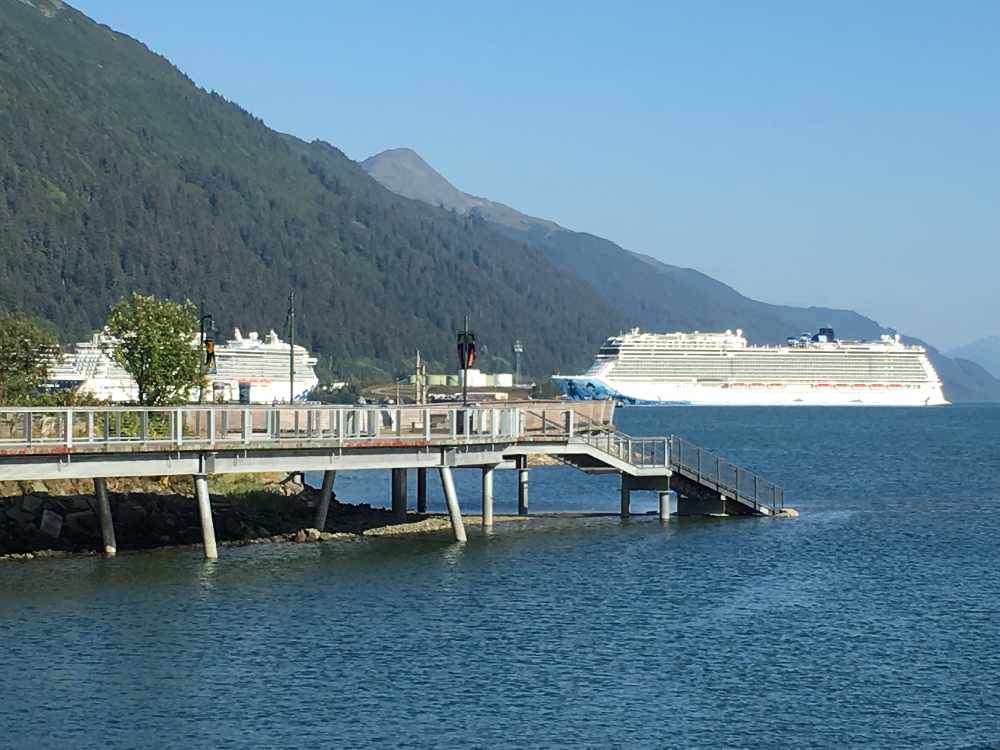 Juneau, Alaska (KINY) - The Juneau Assembly took up and approved an ordinance amending the long-range waterfront plan to allow for the creation of cruise ship dock facility.

While the ordinance allows for a cruise ship dock, it does not guarantee that one will be permitted or will be allowed to be constructed.

Assemblymember Christine Woll had proposed amendments to clarify the Assembly’s intent upon adopting this ordinance and spoke to them.

"I was afraid that if this ordinance passes tonight, that people would take it to mean that a cruise ship dock being built at the support was a foregone conclusion, and I wanted to just make our intent clear that there's been a lot of community discussion about what the community would like to see in place to help manage the visitor industry and that we be considering, in the future when we're thinking about potential cruise ship dock, that we'd be considering all of the criteria that have to be part of that management plan to see a project go forward," Woll said.

Among the provisions in Woll's proposed amendment, it states that the assembly's intent is to allow a fifth cruise ship dock in the subport area if the fifth dock provides infrastructure to prevent hot-berthing at the existing docks, as well as prevents a large cruise ship from anchoring-out or using dynamic positioning technology to stay in Gastineau Channel for tourism purposes

City Attorney Robert Palmer spoke on the provisions in the amendment.

"If the assembly wanted to take up, as Mr. Palmer suggested, decided to take on the risk of making some legal requirements at our level of hot birthing or anchoring in the channel, is it true that we could do that at any time independent of the Norwegian process?" Hale asked.

"Appreciate that this is not the end of the conversation that we definitely still have time to build on everything that our community is concerned about. Just like Assemblymember Woll said,  this is not the 'we're gonna build the dock tomorrow' conversation, this is just an amending the waterfront plan conversation. So I see this as an opportunity between now and if and when that permit comes to our table, to have those additional conversations about whatever the plan needs to be moving forward for how we take care of our community and the concerns of our community," Blake said.

Ultimately the amended ordinance was approved in a 7-1 vote, Alicia Hughes-Skandijs was the only no vote.