Arts council chair speaks out on Dunleavy veto of funding 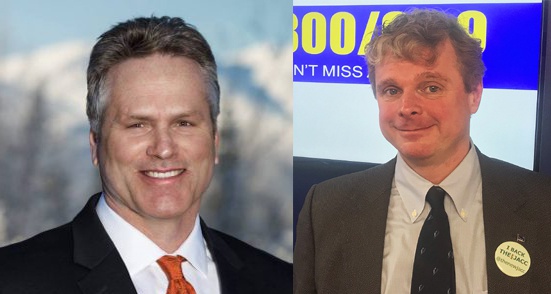 Juneau, Alaska (KINY) - The chairman of the Alaska State Council on the Arts, Ben Brown, is responding to a veto of funding in the budget signed by Gov. Mike Dunleavy.

"The Alaska State Council on the Arts, a public corporation of the State of Alaska which has served over four decades as Alaska’s state arts agency, learned [Friday] that all of its funding had been line-item vetoed by Governor Dunleavy," Brown stated in a press release. "The current fiscal year ends June 30, the next begins July 1st, and this abrupt termination of funding will have many immediate effects."

Brown added that the Alaska Legislature’s collective decision to fund ASCA – adopted unanimously in the Alaska Senate and by a three-to-one margin in the House during the 2019 budget process – will be arbitrarily reversed unless the veto is overridden in the upcoming special session.

"Recently-approved pending grants to Alaskan arts organizations, individual artists, school districts, and local arts agencies will not be paid," Brown added. "All grantees will forego all forms of funding, including those in the second phase of biennial grant contracts. All ASCA grant categories are subject to the veto.

"Creative Forces, a collaborative program of ASCA, the US Department of Defense, and the National Endowment for the Arts, which provides healing art therapy to servicemen and servicewomen with Post-Traumatic Stress Disorder and Traumatic Brain Injuries will end. Creative Forces requires a state art agency partner; ASCA is one of ten pilot state projects, and federal funds for work being done at JBER may be re-allocated to other states when the Alaska program terminates. The telehealth extension project begun this year at Fort Wainwright will also cease.

"Alaska will become the only state in the nation without students participating in Poetry Out Loud the massively successful national poetry-recitation competition in which thousands of Alaskan students learn about the art of poetry and how to speak publicly with composure, confidence, and eloquence. West Anchorage High School senior Maeva Ordaz won the national competition in 2016, and it will be impossible for any future Alaskan to follow in her footsteps with no Alaskans participating in Poetry Out Loud.

"Alaska Native Artists will no longer be able to display the Silver Hand Seal to prove the authenticity of their artistic products, an established and successful program which strengthens Alaskans’ position in the competitive art marketplace. There will be no State of Alaska policy or program of preventive fraud enforcement, which may bring more fake artwork into the market, increasing the sale of fake Alaska Native arts, ill-timed to provide the best experiences to the millions who visit Alaska annually. This may also undermine the continuing efforts of Alaska’s Congressional Delegation to make needed changes to federal law to allow Alaska Native artists to continue to use traditionally harvested ivory and other materials in their art.

"The Governor’s Arts & Humanities Awards will cease to occur. Commissioner of Administration Kelly Tshibaka represented Governor Dunleavy at the 2019 awards in February of this year, and these would be the last ever with ASCA’s elimination.

"All pieces of art in the Alaska Contemporary Art Bank have been recalled from their current locations and will subsequently need to be inventoried and de-accessioned in compliance with state law and the Visual Artists Rights Protection Act. Notice of this legally-required recall of artwork was sent as soon as possible after the veto was announced publicly.

"Alaska’s annual allocation of $700,000 from the National Endowment for the Arts will be revoked, and those funds will be distributed among the other 49 states and six territories and jurisdictions, with funds meant to serve Alaskans going to Floridians, Puerto Ricans, Californians, and Mainers.

"$1.5 million in private foundation money currently making Alaskans’ lives better and more prosperous will be rejected and sent back to those would-be benefactors."