Another small cruise line ready for 2021 season in Southeast 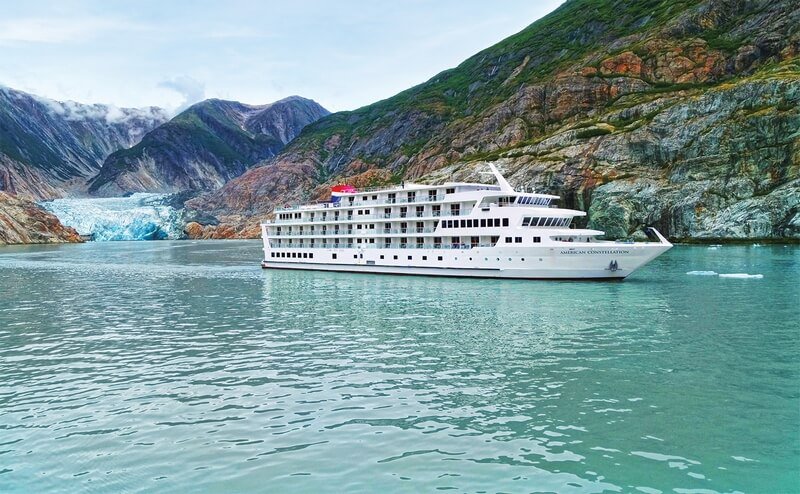 Juneau, Alaska (KINY)American Cruise Lines has confirmed it's ready to operate the 2021 Alaska season as scheduled. The season includes eight and 11-day cruises on the Inside Passage that explore Southeast Alaska in depth.

Cruises will operate exclusively in U.S. waters aboard the American Constellation, one of the newest ships in Alaska. The June to September season will consist of eight-day Southeast Alaska cruises round-trip from Juneau, and brand new 11-day Alaskan Explorer cruises which venture further into the Inside Passage, Clarence Straight, Tracy Arm, and Glacier Bay.

The longer Alaskan Explorer cruises are offered round-trip from Juneau, as well as from Ketchikan to Juneau.

American operates small U.S. built, crewed, and flagged ships, which accommodate just 100 to 190 passengers and visit only domestic ports-of-call, according to a press release.

The line said it had worked closely with both local and state officials in Southeast Alaska and across the country to safely bring back small-ship domestic cruising throughout the United States.

“We have a strong operating history in Alaska and have been glad to work with our many local partners to make this season a reality,” said Charles B. Robertson, President & CEO of American Cruise Lines. “Our COVID-19 operating protocols are tailored to each state and designed to mitigate risk while still enabling a meaningful contribution to each local economy.”
(From an American Cruise Lines press release)