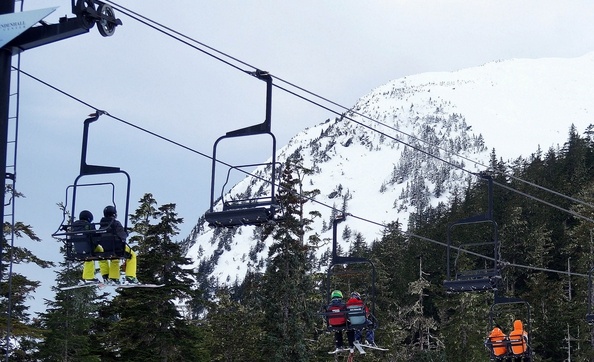 The bill was carried by Rep. Louise Stutes. It passed on a 37-0 vote.

Eaglecrest Ski Area in Juneau had been poised to open a bar until the state's Alcoholic Beverage Control Board last fall rejected its application.

The bill, more broadly, is aimed at preserving the liquor license for the Alaska State Fair.

Rep. Tammie Wilson said, "The ABC Board did not handle this issue correctly," to the fact that the board had previously denied Eaglecrest a license. She said however she could "not vote for it" due to technicalities in the current law.

Additionally, the House passed Senate Bill 75, which reduces the age of Alaskans eligible for a commercial drivers license from 19 to 18 years old.

House Bill 139 also passed. It grants an exemption from the state procurement code for the acquisition of investment-related services for assets managed by the Board of Trustees of the Alaska Permanent Fund Corporation.