Alaskans Contribute to Debate over Oil and Gas Exploration 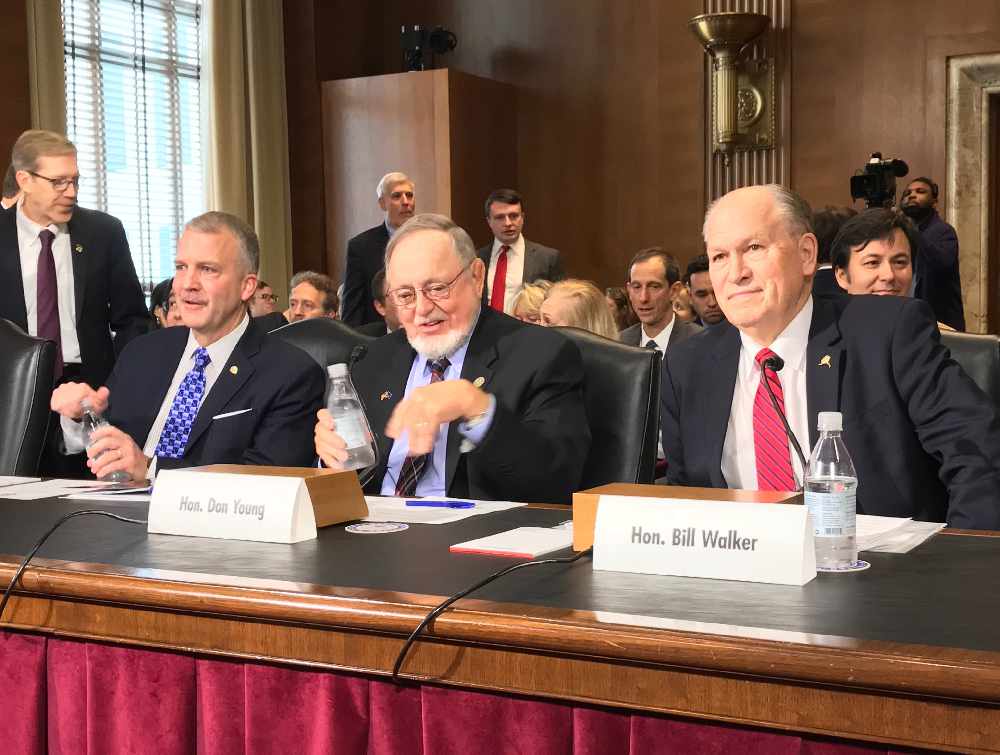 Juneau, Alaska (KINY) - Governor Bill Walker and Lieutenant Governor Byron Mallott today testified in the U.S. Senate Committee on Energy and Natural Resources in support of oil and gas exploration and development in the 1002 section of the non-wilderness area of the Arctic National Wildlife Refuge (ANWR)

The 1002 area makes up 8 percent of the 19 million-acre ANWR.  “Alaska’s economic future should not be a partisan issue,” said Governor Walker, the nation’s only independent governor. “Nine in 10 of Alaska’s legislators—on both sides of the aisle—support oil and gas exploration and development of the 1002. The trans-Alaska pipeline is three-quarters empty, and the state is suffering the largest fiscal crisis in our history."

Lt. Governor Mallott, a Tlingit clan leader, also testified in support of oil and gas exploration in the 1002. “We live in a petroleum era,” said Lt. Governor Mallott. “That is reality. Alaska is also ground-zero for climate change. The development of non-renewable resources and the development of response to combatting the effects of climate change are not mutually exclusive in our state. That’s why the climate change administrative order the governor signed just two days ago  is a plan of action tailored to uniquely to Alaska."

"The oil must come from somewhere; why not here, in the United States, where we control the environmental rules? Most importantly it’s in our national security interest to develop our own oil to build energy independence.”