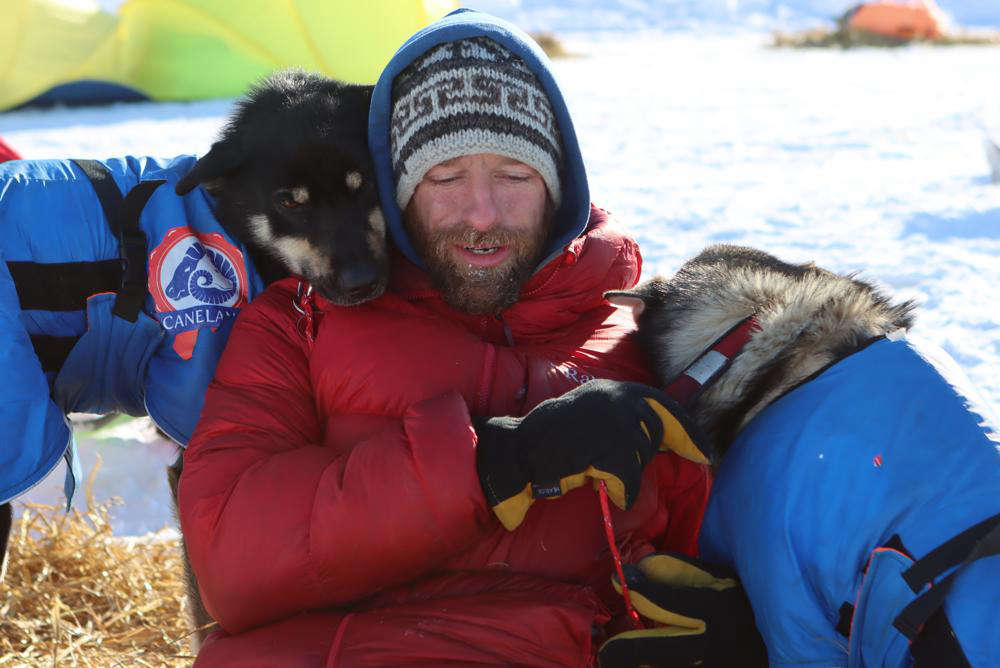 Musher Jessie Holmes takes a break from cooking his dogs a meal to nuzzle with two wheel dogs at the Ophir checkpoint during the Iditarod Trail Sled Dog Race. (AP photo)

Jessie Holmes, who since 2015 has starred in “Life Below Zero,” a show about life in rural Alaska produced by National Geographic TV, was injured by falling debris in a building in the community of Golovin on Wednesday, the Anchorage Daily News reported.

He was flown for treatment to Nome and then sent on to an Anchorage hospital.

Holmes lives in the remote Brushkana area of Alaska, located off the Denali Highway, about 150 miles (241.40 kilometers) northeast of Anchorage.

“I wanted to take a moment to let everyone know how much I appreciate all the love, support, and prayers,” Holmes wrote in a post on is kennel’s Facebook page Thursday. “I’m blessed to be surrounded by such great people and lucky to still be here. My main goal now is to focus on my recovery and get back to my kennel.”