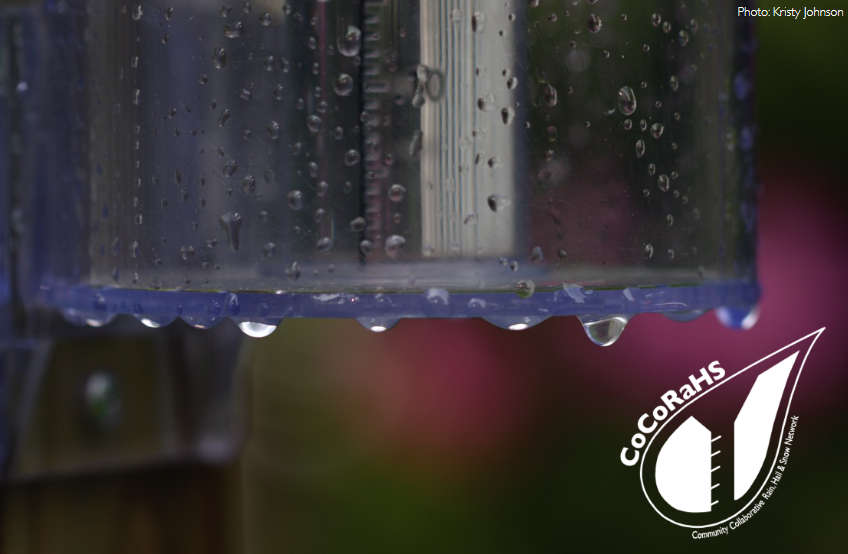 Juneau, Alaska (KINY) - The Nationwide Community Collaborative Rain, Hail and Snow Network is reaching out for more volunteers in Alaska to help with measuring rain, hail and snow whenever it falls in their area.

The Community Collaborative Rain, Hail and Snow Network, or COCORAHS, is a nonprofit organization made up of volunteers who measure rain, hail and snow whenever it falls.

Volunteers post the measurements to the nonprofit’s website, where it is used by anyone interested in the date, including, the National Weather Service, other meteorologists, and emergency managers.

Martin Stuefer, Director of the Alaska Climate Research Center and the state representative of COCORAHS, said it formed in 1998, and that the idea originated from Colorado after severe flooding events.

"It will be great to involve the community in citizen science, and ask volunteers to do presentation measurements from rain, snow, hail. We did a lot of advertisement for this idea and have now thousands of observers, nationwide."

The network has about 20,000 volunteers across the nation.

Juneau resident Randy Host, a network volunteer for seven years, said it’s easy to enter data and see it show up online.“I love following the weather. Writing down the precipitation numbers each day really makes you tuned into the weather,” he said.

“The National Weather Service looks at the network website for data to input into their models,” Host said. “The data you collect is really being used daily.”

Stuefer said Alaska does not have enough weather information, and being the largest state with much of its land off the road system, needs a robust precipitation platoon. He said the weather army has gaps on the North Slope, along the western coast, and out to the Aleutian Islands.

The application, and more information, can be found at https://www.cocorahs.org/