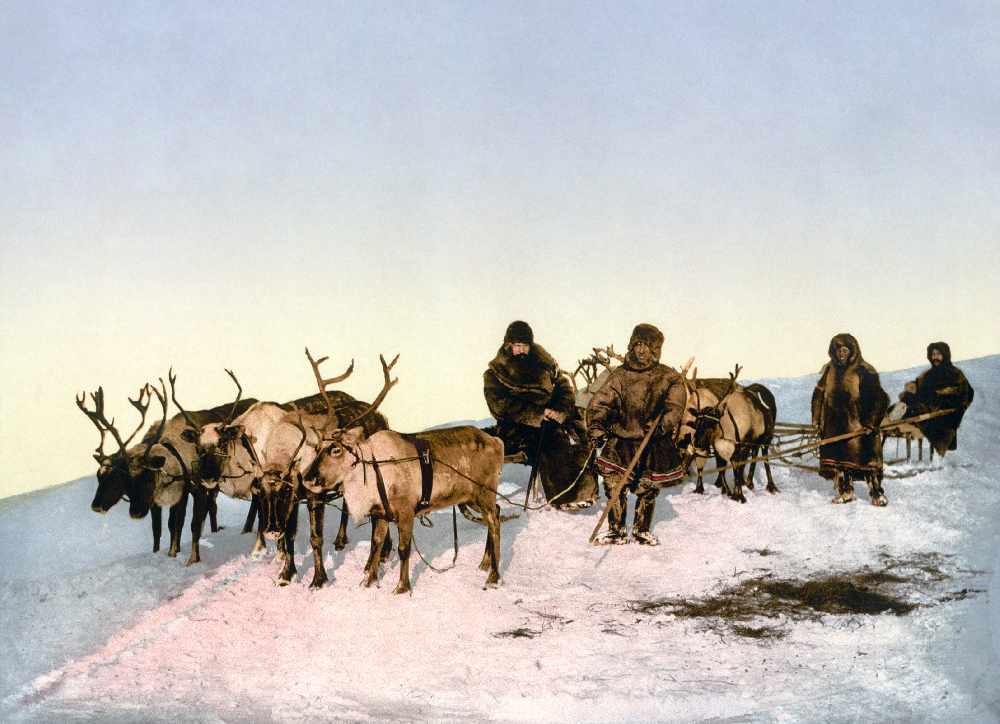 ANCHORAGE, Alaska (AP) — An Alaska pastor has launched a campaign to help an impoverished Aleut village create a new economy with the plentiful supply of reindeer that roam its isolated island home.

Honan, a Protestant pastor who runs an emergency housing ministry on another island, has started a donation drive for equipment, contacting local businesses to get involved, and has set up a relief fund for Saint George. Donations so far include a portable band saw, a table saw, two sets of butchering knives and $730 to go toward a refrigerated shipping container he envisions serving as the processing plant building.

"Saint George is a neighboring island, and we love our neighbors," Honan said.

Honan got involved when Saint George Mayor Pat Pletnikoff reached out to tribal leaders in Unalaska for help after an Alaska airline began offering regular flights between the two communities last year. Pletnikoff says at least half of Saint George residents are on welfare, and other than a small halibut fishery, the few jobs available come from the local and tribal government. He envisions a reindeer plant creating three or four jobs, which would be a big deal in the village, he says.

The tribal leaders introduced Pletnikoff to the pastor, who was eager to help after the two brainstormed ideas and arrived at the concept involving the non-native reindeer.

The U.S. government initially introduced 15 reindeer on the Bering Sea island in 1911 to provide a stable source of meat. In 1980, long after the animals had died off, the village Native corporation, Tanaq, transported another group of reindeer from Umnak Island, about 230 miles (370 kilometers) south in Alaska's Aleutians.

Honan delivered the equipment gathered so far during trips to the village 220 miles (354 kilometers) from Unalaska Island.

Pletnikoff said the village is waiting for all the equipment to come through before contacting state officials about the required next steps.

"It's just the genesis of an idea, of what can we do to develop an economy on the island," he said.

Saint George, on an island by the same name, has long struggled to fill the economic vacuum left by the federal government's termination decades ago of the village's once-lucrative fur seal trade. Residents still hunt the seals for subsistence purposes, and the reindeer add to the local diet.

Local leaders say the harbor is inadequate to accommodate large fishing vessels, with only a handful of residents involved in a small-boat halibut fishery. Pletnikoff said the village is working with the Army Corps of Engineers for construction of a new harbor that could allow a robust commercial fishing industry.

"In the meantime," Pletnikoff said, "we need to take care of our people."

Dozens of similar small operations have failed over the years because they lacked a realistic business plan, said Greg Finstad, manager of the University of Alaska Fairbanks reindeer research program.

And the state has strict regulations for meat processors. It requires a state inspector paid by plant operators be on hand when reindeer are slaughtered at a permitted facility. An inspector is not required when reindeer are killed in the field, but that is allowed only under specific conditions — in freezing temperatures, when there is snow on the ground and when the carcasses are immediately frozen.

Finstad said acceptable field slaughters could be a challenge for communities like Saint George that are farther south and may be feeling the effects of a warming climate.

"We don't need any more failures," he said. "We want to go and either create a happy story or give them the bad news that, 'You know what? This just isn't going to work.'"